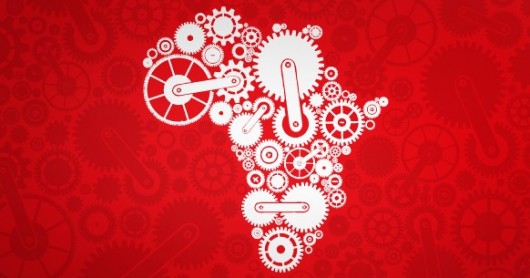 One of the hallmarks of former UK Prime Minister Tony Blair’s premiership is his commitment to the development of Africa. Since leaving office in 2007, Blair continues his dedication to Africa’s poor through the Africa Governance Initiative (AGI).

In Sub-Saharan Africa, nearly 50 percent of all people live in poverty. Around 239 million Africans face food insecurity and 70 percent do not have electricity.

In 2008, AGI was founded upon a mission to establish enduring governments that will lift impoverished Africans out of poverty.

The AGI team strives to achieve this goal by working with public officials to improve their policies, strategies and capacities to affect change within their respective countries.

Liberia’s President Ellen Johnson Sirleaf, who was elected in 2006, noted, “There you stand, trying to re-build a nation in an environment where everyone wants to see change take place right away…. Only you cannot because the capacity to implement whatever change you have in mind does not exist.”

Liberia is one of six African countries AGI works with. The others are Sierra Leone, Guinea, Nigeria, Ethiopia and Rwanda—where AGI was piloted.

AGI operates by working “shoulder-to-shoulder” with the highest levels of government. With a cornerstone platform of prioritization, planning and performance management, AGI tailors its programs to the specific needs of each country.

In 1994, many Rwandans fled the country or died as a result of genocide. Rwanda felt the devastating effects of the genocide for more than a decade after. In 2008, AGI came to Rwanda to help President Paul Kagame and his government put Rwanda back on a path toward development.

The initiatives AGI undertook in Rwanda were tailored to their Vision 2020 plan. Vision 2020 is the government’s plan to make Rwanda a middle-income country by 2020.

Together the AGI team and the Rwandan government developed the Strategic Capacity Building Initiative (SCBI). The SCBI paired government workers with technical experts to recognize and address the reasons why capacity building in Rwanda failed in the past.

After much research and deliberation, SCBI decided on four measures that would be the key to program implementation in the future.

These measures are priority driven, having government ownership of programs and strategies, focusing on delivery of relevant work in a real context and lastly long-term investment or, in other words, youth involvement.

The plant is located about an hour outside of Rwanda’s capital, Kigali. Since its implementation just last year, the plant has already produced 8.5 megawatts of electricity.

Plans for the future include increasing solar capacity to 250 megawatts, which could power close to 353,000 more homes.

Other successes from the SCBI include increased wages for farmers and a fairer mining industry. Between 2000 and 2010 Rwanda was considered one of the world’s ten fastest growing economies. Since 2007, poverty in Rwanda decreased by nearly 8 percent.

“I set up AGI to help African governments bridge the gap between plans and results, to get from power plans to power plants, from a line in a speech to a line of children outside their new school,” said Blair.

Rwanda’s successes show that it is not corruption, but a need for proper capacity building that hinders development.

The Rwanda government’s eagerness to continue with SCBI and other projects is a testament to Africa’s ability to become a world leader in raising its people out of poverty.