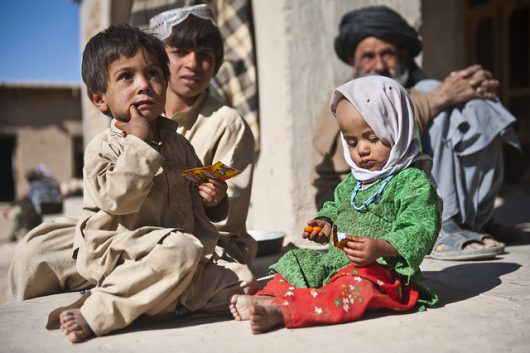 Thoughts of Afghanistan generally focus on the Taliban, harsh restrictions and a war-torn country; but in actuality, the nation has dramatically changed in the last 15 years with a huge contributor of such change being the introduction of technology in the country.

From 2001, when even phone usage was limited, to 2016 when 73 percent of the government receives its pay electronically, Afghanistan’s technology is growing in a unique way that is creating more jobs, a higher standard of living and improved relations between Afghanistan and other nations.

Technological Life under the Taliban

The Taliban is an Islamic fundamentalist group that ruled Afghanistan from 1996 to 2001. The militant organization was outed by U.S. military for providing support and shelter for Al Queda after the 2001 terrorists attacks. Life under the Taliban has been highlighted for its injustices towards women, but it expands to a set of strict restrictions for all citizens that reaches so far as to ban the internet.

The Taliban took Shaira, an Arabic word for path (or the way to live life), and fed its interpretations through this mantra. Anything that was deemed “un-Islamic” was banned, which meant no music, movies or internet for anyone since these could act as means of spreading Western “propaganda.”

Afghanistan’s technology is growing largely through its payment sector. Innovation in banking through the introduction of mobile pay has improved the systems and lives of those using it. In 2009, mobile pay was suggested for use on a trial basis; and as of 2016, 97 percent of the police force were registered in the system.

It seems strange that it’s in Afghanistan — where only 5 percent of citizens use a bank account and over 70 percent are unable or read or write — that this technological advancement would find its footing.

Mobile banking — transferring funds to a mobile account, paying with that account, and then being able to lend, pay off loans — has cut costs in the police department by 10 percent which is a measure largely associated with avoiding corruption. Since payments can be traced and tracked more accurately, it makes it more difficult for a someone (i.e. a corrupt officer) to take a cut.

Along with using technology to create mobile pay, Afghanistan’s technology is growing through E-governance. E-governance is implemented by creating a centralised system of ‘Presidential docs.’ This allows the cut down on paperwork and has reduced processing time from weeks, to a maximum of 48 hours.

This system also allows government officials to connect with each other through video conference calls which helps in decreasing the amount of time and money spent in travel. Again, such efforts serve as an example of how corruption has decreased, transparency has increased and money evades hands that would take it illegally.

Afghanistan’s technology is growing and connecting the country with its neighbors and Western countries like the U.S. The innovative boom also provides more opportunities for often overlooked demographics, such as women. For instance, with the online hemisphere hitting homes, technology has come to provide women, like Roya Mahboob, opportunities to educate themselves and even open new businesses.

Even with the Taliban gone, the predominantly conservative society still possesses obstacles for growing technology, but Mahboob is an example of how the technology available is working to create jobs, educate citizens and connect the world.

Mahboob now lives in New York with businesses in Afghanistan and hopeful expansions into Mexico. She is an amazing example of the positive impacts of technology, and Afghanistan’s government is ever-increasingly recognizing the benefits of technology and is working to more extensively incorporate it into Afghani society.