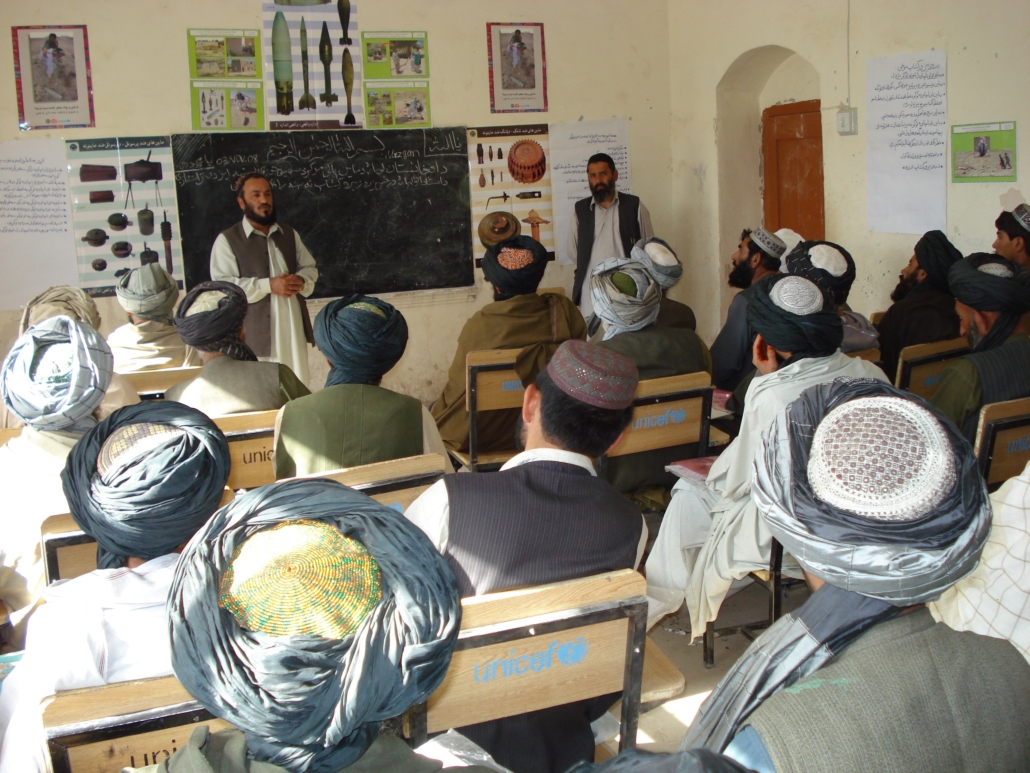 After spending nearly 20 years in Afghanistan, the U.S. is withdrawing from the conflict with Taliban insurgents by August 31, 2021. The U.S. withdrawal is leaving the Afghan people and government susceptible to a Taliban takeover or all-out civil war, which could lead to the souring of Afghan-American relations. Perhaps U.S. support of new and improved vocational education centers in Afghanistan could help provide Afghans with the skills to repair the infrastructure that war has ravaged and maintain positive relations between the two nations.

Afghanistan established its first institutions for technical and vocational training in the 1950s, with the help of countries such as the U.S., USSR, Germany and the United Kingdom. The Afghan education system integrated technical education with the creation of the Faculty of Agriculture and Engineering in 1956 and Kabul Polytechnic in 1968. However, following the Soviet invasion and the rule of the Communist Regime in 1979, many male students were unable to pursue technical education. These students either entered the military, fought with Mujahideen freedom fighters or fled the country. Additionally, many intellectuals who others associated with vocational education centers, opposed the Soviets and either went to prison, died from violence or had to flee.

As of 2020, the World Bank reported that Afghanistan has an unemployment rate of 11.7%. According to UNICEF, 3.7 million Afghan children do not attend school. The formation of additional vocational education centers in Afghanistan could create more employment and educational opportunities for the Afghan people. Additionally, it could potentially provide the centers’ graduates with the capability to repair the infrastructure of a country that war has ravaged. Providing Afghan citizens with more vocational education centers would aid in the alleviation of poverty throughout the developing country. As UNESCO stated in a report concerning the development of Afghanistan’s Vocational Education programs, “education is one of the keys to sustainable development, peace and stability.”

U.S. institutions and Afghan vocational education centers have worked together successfully in the past. Prior to the Soviet invasion, Afghanistan had a rapidly developing set of vocational education centers. The Faculty of Engineering at Kabul University received almost all of its training in the U.S. and used U.S. textbooks for their classes. From the school’s formation in 1956 until 1978, the school had a significant affiliation with U.S. institutions through USAID support. As of 1977, the admission rate of the Faculty of Engineering at Kabul University grew from 300 to 1,000 per annum.

Additional vocational education centers in Afghanistan prior to the Soviet invasion included:

The Soviets methodically dismembered these vocational education centers following the 1979 invasion. Soon, the communist ideology took precedence over all aspects of education. This lasted until the collapse of the communist government and the subsequent civil war in 1992. After that, all technical colleges and schools in Afghanistan underwent severe damage.

How USAID Assists With Development

The U.S. has been helping with the development of Afghanistan’s vocational education centers more recently as well through the Afghanistan Workforce Development Program (AWDP). USAID conceived the program in 2012 and sought to expand employment and wages in Afghanistan. It did this by increasing the employability of Afghan citizens in areas where skilled labor was necessary. This task reached completion through a four-step process. Firstly, a “labor market demand assessment” occurred to identify the skills in demand by the Afghan private sector. Following this assessment, USAID guided the curricula of the Afghan training providers to meet the demand of the private sector. After establishing the curriculum, USAID provided subsidies to help local training centers educate trainees in lacking areas. Finally, USAID provided pre-employment, job placement and follow-up services to ensure that those who completed training programs found work.

The AWDP was effective in many ways. As of 2018, 48,873 Afghans, 36% of them women, received training in competency-based technical and business management skills. Additionally, 28,790 participants of the program obtained assistance in finding work as a result of the AWDP. To ensure progress following the program’s completion, USAID also allowed private institutes to open career counseling centers. These five institutes trained 1,758 university graduates and landed 807 trainees jobs as of 2019. Furthermore, the program provided Master Training of Trainers (MToT) training to 1,401 master trainers attending institutes of higher learning. About 1,060 of those trainees earned jobs relevant to their expertise or received a promotion at their current jobs.