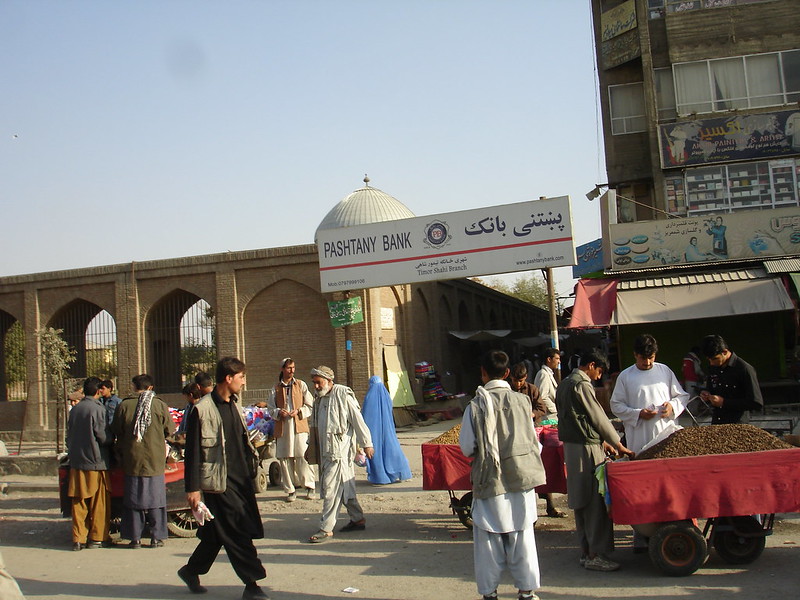 Bank access in Afghanistan is a step toward financial inclusion for the rural poor. According to Jan Chipchase and Panthea Lee’s research on the nascent mobile-phone-based financial services that were available in Afghanistan in 2010, theft and bribery plagued the banking system. Person-to-person transfers were not widely available until the creation of the M-Paisa mobile money transfer service. Roshan launched the M-Paisa mobile money transfer banking in Kabul in 2010 when 83 bank accounts existed per 1,000. Through this service and other programs, improvements in the availability and quality of bank access in Afghanistan have been a major contributor towards reducing income inequality and poverty.

With limited credit available, Afghans were hiding money at home under the mattress, and forms of money ranged anywhere from banknotes to gold jewelry to livestock. The rural poor did not trust the banking system, and the use of the word “Paisa” helped to make the service seem more trustworthy, although it posed access challenges for the rural poor. By 2014, banking access improved for 40% of Afghanistan’s population, with a 7% increase in the availability of financial services. However, access to credit was still out of reach to the rural poor as most of the banks were located in Kabul province, an urban area. This made it more difficult for rural people to get loans to start businesses.

In 2015, a project to bolster bank access in Afghanistan made a step toward financial inclusion for the rural poor with the start of the Afghan Rural Enterprise Development. The project sought to integrate rural agricultural communities into the economy. Employment opportunities emerged in poor rural villages by the creation of savings and enterprise groups along with loan associations. According to The World Bank, the rural poor received assistance in building their own businesses, which increased the value of trade, ensuring new opportunities. This created access to credit through internal lending, which focused on small and medium-sized enterprises, or SMEs. This program was so important because it targeted people who traditionally could not access the banking system.

The Reason it Matter

As of November 2019, more data exists to support the successes of bank access in Afghanistan that The United Nations Economic and Social Commission for Asia and the Pacific published. The goal of the report was to assess the status of financial inclusion for all adults in Afghanistan age 15 to 64 including women. Financial inclusion in a “broad range of quality and affordable financial services including but not limited to account, payment, saving, and credit provided by formal financial institutions in a fair, transparent, and sustainable manner.” According to this presentation, 15,000 bank accounts exist per 100,000 adults, and in 2021, projections determined them to be 20,000. Expectations have determined that mobile money accounts and accounts that women hold will also grow during the same period. Although the success of banking the unbanked in Afghanistan has been slow, steady progress has occurred toward financial inclusion of the rural poor and women.

It is clear that bank access in Afghanistan and credit is allowing the rural poor in Afghanistan to do better financially. However, according to the World Bank Afghanistan, “the COVID-19 crisis will have a serious and sustained impact on Afghanistan’s economy. Recovery is expected to take several years, with new investment constrained by political uncertainties, continued insecurity, and questions around ongoing international support.” It is important to maintain international support for improving banking access to preserve opportunities for Afghanistan’s rural population.