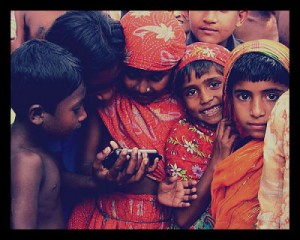 More than just funky and fun, these innovations could be the key to progress and, ultimately, change in developing countries. The biggest hurdle developing countries face with widespread technology is affordability. While many basic life-saving and life-changing products are distributed throughout the developing world, technology is ready to make a breakthrough that gives everyone a chance to get connected, power their devices or have access to clean water. These five affordable technologies will change the developing world.

On October 5, India launched the world’s cheapest tablet, Aakash, priced at just $35 for students with government subsidies or $60 in stores, which the government hopes will reduce the digital divide between the rich and poor. The Indian government is also distributing the first 100,000 units of the Android-powered tablet to college students for free. The tablet was also tested in 118 degrees Fahrenheit to test its durability in northern India’s summers and to give middle class Indians the value for their money. “The rich have access to the digital world, the poor and ordinary have been excluded. Aakash will end that digital divide,” said Kapil Sibal, India’s Minister of Communications and Information Technology.

One Laptop Per Child’s XO and Intel’s Classmate PC share a common mission: Bringing children access to education through computer ownership. Both programs distribute rugged, affordable laptops to schoolchildren across the developing world. Each laptop costs between $400 and $500 to distribute and is powered by Intel. The software, an Intel innovation, enables students to communicate with their students through web-based learning.

Vodafone 150 sells the World’s Cheapest Cell Phone for just under $15. While it is not decked out with extensive features or applications, it does have the bare essentials; voice calling, text messaging and mobile payments. The phone will have an enormous impact on those who have never before been connected to the “grid”.

SunSaluter, winner of the Startups for Good challenge, aims to bring solar panels to villages in the developing world that have never had access to electricity. While solar energy is a hot topic across the world, its cost has halted widespread implementation.  Eden Full, a mechanical engineering undergraduate at Princeton University, developed solar panels that optimize energy collection as they rotate to face the sun for as much time as possible each day. The system costs just $10 and uses 40% fewer panels than typical solar energy thanks to its rotations.

When Swach was released, Tata said only 6% of urban households and 1% of rural households in India were using water purification devices. Hopefully, this nanotechnology will reach billions of people that don’t have access to clean water and improve sanitation in developing countries around the globe.