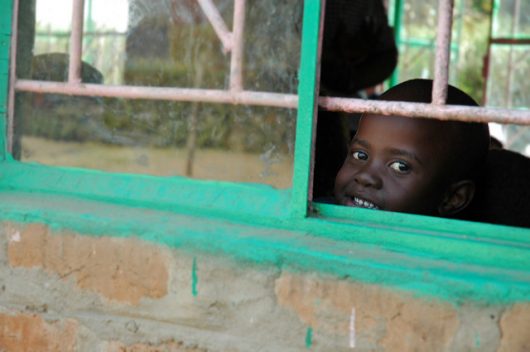 In recent years, the challenge of educating young people in economically destitute areas has become more pronounced and vital to global security. Where traditional public and private schools have failed to provide economically feasible solutions to the education problem, company-run schools are stepping in to fill the gap — but they present their own set of challenges.

One such example is the Affordable Private Education Center. Also called APEC Schools, it is a joint venture between the Philippines-based Ayala Corporation and the United Kingdom’s Pearson PLC. The latter is well known in the U.S. for its role in the education publishing industry and for being at the center of debates over standardized tests and curriculum. For around ₱101 or $2 per day — about the cost of a monthly cell phone bill in cities like Manila, where these schools are thriving  APEC Schools provide children from humble means with a safe environment for learning.

APEC Schools’ Head of Teaching, Monette Sabio, has explained the schools’ philosophy: “As the collaborative element of learning becomes more important in today’s highly connected world, these kids are taught not just to leverage their own capacities, but to harness the strengths of the group or community to which they belong.” The CEO, Beth Lui, has emphasized the schools’ abilities to grant access to “modern and tech-enabled learning systems” as one of their core strengths.

On the other hand, research by Curtis Riep has found that APEC Schools, like similar for-profit chains in Kenya, Uganda and elsewhere, use scripted, pre-planned lessons, that teachers — often uncertified — only have to deliver to students. In other words, the programs lack the personalization that would come from teachers having the autonomy to design curriculum and plan and structure lessons themselves.

According to their research, for-profit chains tend to neglect creative depth in favor of data-driven results. With that approach, however, subjective and aesthetic qualities of learning get left behind.

Nevertheless, the fact remains that schools like APEC provide low-cost education to children with few viable alternatives. For parents who cannot afford expensive traditional private schools and find that their child is neglected in overcrowded and sometimes dangerous public schools, company-run schools can be a cost-effective way to ensure that their kids acquire the basic, objective knowledge they will need to succeed.