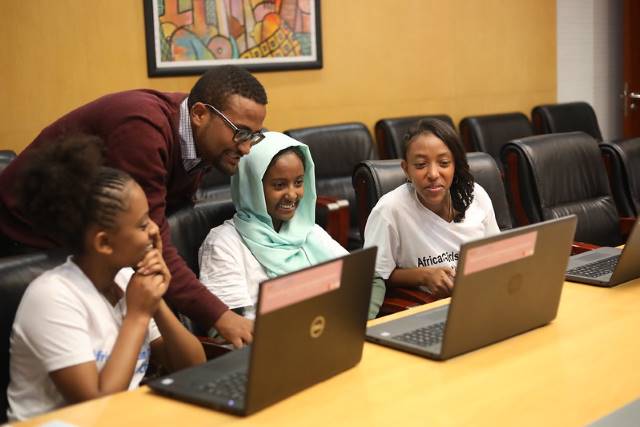 In a booming technological world, the gender digital divide continues to suppress women’s access to technology and the global economy. In low- and middle-income countries, women are 10% less likely to own a mobile device than men and are 23% less likely to use the internet. A 2019 report from the GSMA highlights four main reasons for the divide, including affordability, literacy and tech-literacy rates, safety and security and relevance to daily life. The report also estimates that closing the digital divide in just mobile internet usage by 2023 could increase GDP growth by $700 billion in low- and middle-income countries over the next five years.

Through the U.S. government’s Women’s Global Development and Prosperity Initiative (W-GDP), presidential advisor Ivanka Trump and USAID Administrator Mark Green launched the WomenConnect Challenge. With this funding, initiatives seek to shrink the barriers of digital illiteracy and “technophobia” fueled by a lack of complex resources, such as Internet access or formal education. That these barriers unequally limit women and girls leaves entire populations further and further behind in an increasingly digital world. In the first round of the challenge in 2018, USAID awarded more than $2 million to an initial nine innovative projects empowering women and closing gender-based digital divides. The W-GDP initiative hopes to connect 50 million women in developing nations by 2025.

The First Projects that Received Funding