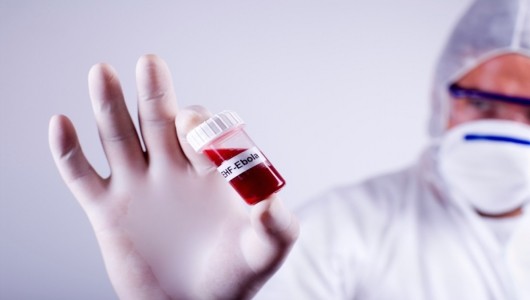 A recent study published by the Journal of Clinical Investigation has reported that a new prototype aerosol Ebola vaccine was found to successfully neutralize the deadly virus within monkeys during clinical test trials.

The study, led by Dr. Michelle Myer and conducted collaboratively by the National Institutes of Health and the University of Texas Medical Branch in Galveston, determined that the experimental vaccine activated immune cells within the respiratory system that subsequently provided full protection against the virus. The study also notes that this is the first time researchers have attempted to use an aerosol vaccine within monkeys to fight a hemorrhagic viral fever such as Ebola.

Co-author of the study Dr. Alexander Bukreyev, a medical virologist from the University of Texas Medical Branch in Galveston, recently stated, “This is one of the few vaccines that works. The initial several decades of attempts to develop a vaccine against the Ebola virus were unsuccessful.”

Vaccination researchers within the medical community have become familiar with the notion of failure, as an experimental drug designed to treat Ebola patients proved ineffective in fighting the virus. The experimental drug, known as TKM-Ebola-Guinea, was designed by Tekmira Pharmaceuticals and reportedly was, “Not likely to demonstrate an overall therapeutic benefit,” for patients infected with Ebola.

The drug was designed to utilize RNA interference, a process in which the functions of certain genes within the Ebola virus are disrupted and subsequently renders the virus incapable of attacking human cells. Prior to the failure of the trials within human subjects, many researchers considered the experiment the single most promising lead in the race to stop Ebola, as the drug had proved effective in stopping the virus in monkeys during clinical test trials

Since the unprecedented outbreak of the disease in West Africa last year, the virus is estimated to have killed over 11,000 people and infected an additional 27,000 people in the nations of Sierra Leone, Liberia and Guinea, according to the World Health Organization.

As the aerosol vaccine does not require the assistance of trained medical professionals, the distribution of the vaccine within developing regions that lack adequate health infrastructures and large personnel staffing will prove to be notably less challenging. Dr. Igor Lukashevich, a medical virologist from the University of Louisville, recently argued that “This aerosolized form of the vaccine is really what the field needs right now. The discussion […] right now is if this Ebola outbreak will be some kind of game-changer for vaccine development, or will it only be one more scare that will be forgotten.”

Dr. Meyer explained in a recent interview that human cells “in the lungs are acting as the first barrier for protection. That’s ideal to combat the virus at the site of the infection.”

Two weeks after the injection of the Ebola virus into the test monkeys, all of the vaccinated monkeys had remained healthy while the two unvaccinated monkeys became infected with the disease and were euthanized.

Dr. Daniel Bausch, a medical virologist of Tulane University, noted that the study was “a positive step forward,” but cautioned that “it’s not a breakthrough or ‘Eureka!’”

The success of the aerosol vaccine during the clinical trials on the monkeys indicates the next step will now be for testing to begin on humans in the coming months.