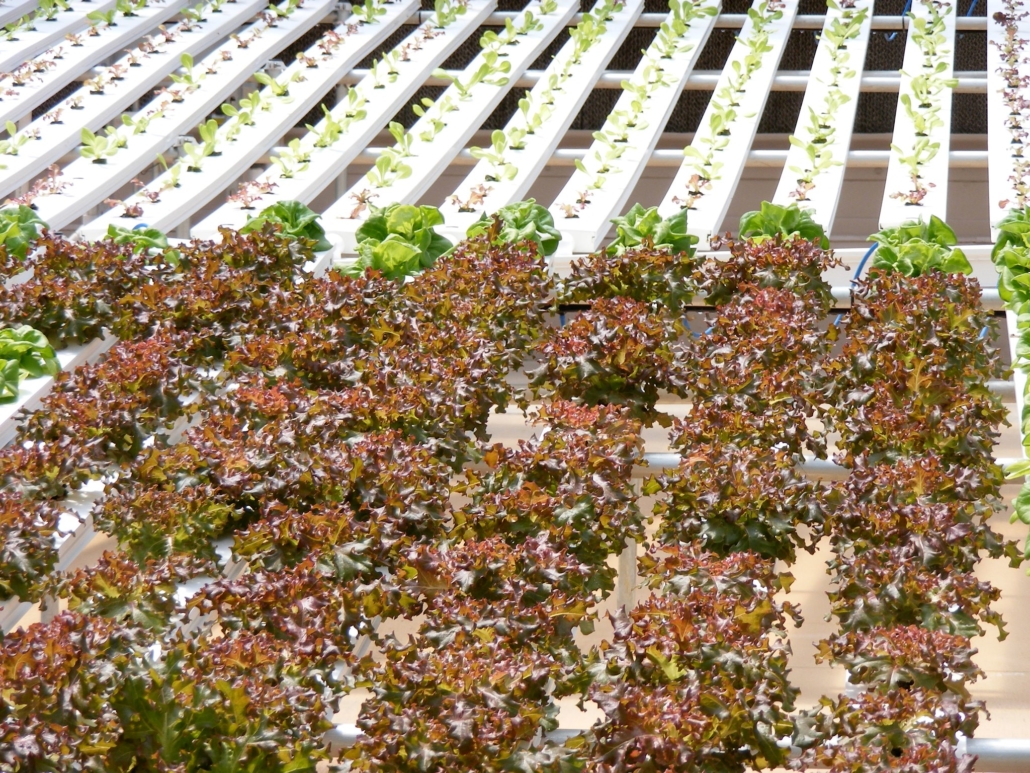 In Nigeria, food insecurity is widespread. Although agriculture is the second most important sector in Nigeria after the petroleum industry, farmers make up about 70 percent of the labor force, meaning the base of the Nigerian economy is rain-dependent agriculture. Over the past 20 years, many factors including poor irrigation systems, droughts and a shortage of fertile land, have induced a steep decline in food production that has failed to keep up with the country’s rising population growth. There are currently 30 million hectares of farmland that farmers can cultivate in Nigeria, and much of this land is inarable. Estimates determine that to produce enough to feed Nigeria’s population of 190 million, the country would need 78.5 million hectares of land. This threat to Nigerians’ livelihoods has led to deadly competition between farmers and cattle herders over scarce resources. In the fight for land and water, hundreds in these rival groups kill each other every year. Now, aeroponics agriculture, a new technology that grows crops vertically, could be the answer to both of these struggles in Nigeria.

The Introduction of Aeroponics to Nigeria

Samson Ogbole recently introduced aeroponics to Nigeria. He is a Nigerian farmer with a degree in biochemistry who saw the need for more sustainable options for agriculture in his country. After beginning his work with aeroponics in 2014, Ogbole now co-owns an agri-tech company, PS Nutraceuticals, that works to implement more efficient agriculture techniques. Because of its ability to conserve space, water and soil, Ogole believes aeroponics has the potential to end conflicts over land and monumentally improve food productivity in Nigeria. Another benefit of soilless farming, Ogole has said, is that it prevents the risk of harmful pathogens that naturally exist in soil affecting crops.

The Science of Growing Crops in Air

Aeroponics is a process used for growing crops in a soilless environment by suspending the roots in the air. Aeroponics systems commonly use vertical and tower systems because they allow roots to spread out while saving space. In an aeroponic farming system, plants receive nourishment from low-energy LED lighting and periodic spraying with a solution of water and other nutrients. The nutrient-water mixture is dispensed using pumps or misting devices, which reduces the need for constant supervision and labor. The vertical structure lets gravity distribute the moisture to every part of the plant, from the top down.

Aeroponics is a more sustainable method of farming as well as the key to Nigeria’s land shortage problem. With traditional cultivation measures, evaporation causes the waste of a lot of water. In aeroponics farming, the roots directly absorb almost all the water vapour by the process of osmosis, so the process uses much less water than more traditional methods. Estimates determine that aeroponics saves 90 percent of water compared to traditional farming methods. Aeroponic crops also grow in half the time it would take for them to grow in soil and yields can be approximately 30 percent larger. The main premise of aeroponics is to use the minimum amount of resources to gain the maximum crop yield. Additionally, since it takes place indoors, aeroponics makes it possible for crops to grow at any time of the year, or year-round, irrespective of climate conditions, which could be a significant game-changer for Nigeria and other countries with continuous droughts.

Development of aeroponics first began in the 1920s by botanists who used it to study plant root structure. Despite its many efficient advantages, it has had a very slow start catching on. NASA began working with aeroponics in the 1990s, conducting experiments and concluding impressive results in productivity. NASA’s use of aeroponics brought it much needed attention and shed new light on the fact that this agriculture technology could sustain humanity’s growing population if people implement it where areas need it most. The low operating costs of aeroponics agriculture are one of its biggest appeals, which has made it attractive to innovative farms all over the world. Today, people utilize aeroponics agriculture in many places as a modern technique to increase productivity, eliminate waste, conserve space and energy and adjust to climate change.

Aeroponics Around the World

Newark, New Jersey, in the U.S. is home to the world’s largest aeroponics growing systems, Aerofarms. Since 2004, Aerofarms has led the way in battling the global hunger crisis through sustainable agriculture technology. The largest vertical farm facility in Aerofarms is 70,000 feet and produces two million pounds of food annually using 95 percent less water. Other aeroponics startups in the U.S. have cropped up in California, Massachusetts, Oklahoma and Pennsylvania.

Indoor urban farming has taken off in Asia. In Japan, many consider aeroponics the future of agriculture. The largest Japanese vertical farm, a 3,000-square-meter facility outside of Kyoto, produces more than 20,000 heads of lettuce per day.

In the Middle East, aeroponics is growing increasingly popular as a cost-effective option to reduce dependence on food imports. Jeddah Farm in Saudi Arabia, the first aeroponic system in the Middle East, is a highly profitable, self-sustaining indoor farm that provides produce to urban centers while minimizing carbon emissions.

In Europe, aeroponics on a grand scale is just beginning to catch on. The first vertical farm in Europe, located in Ibiza, includes storm-resistant outdoor aeroponic towers.

Aeroponics agriculture is a revolutionary food-growing technology with the potential to save millions of lives in Nigeria and other developing countries. In Nigeria, vertical farming could solve the devastating issues of infertile soil, drought-caused famine, land shortages, water scarcity and violent skirmishes over resources. As horticulturalists continue to introduce this practice in Africa and other areas with populations that suffer from malnutrition, aeroponics agriculture is bringing the world one step closer to eliminating hunger.