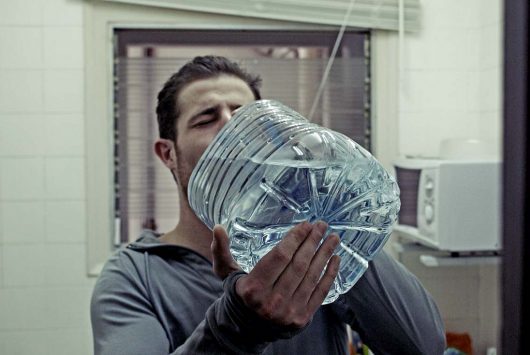 Because of the reduction in rainfall and increasing temperatures caused by climate change, Spain is losing its freshwater quantity. In the last 20 years, Spain lost 20 percent of its freshwater. Experts have said that the figure will rise to 25 percent by 2021 if human practices cannot stop the process of global warming and climate change.

Even though Spain uses 80 percent of its water to irrigate crops, consumer demand is up by 10 percent. Water volume is decreasing while the demand for water is increasing. To solve the problem, Spain would have to reduce the amount of irrigated areas from four million hectares to three million hectares.

Some cities have safer tap water to drink than others. While the major cities Madrid and Barcelona have fairly safe drinking water, there are still cities that might have some problems.

The cities of Burgos and San Sebastian have the best water quality in Spain. Burgos has had the highest scores in water quality in Spanish studies with having low qualities of minerals. Two cities with very poor tap water are Caceres and Huelva. Caceres’ water has been described as no longer being odorless, colorless and tasteless. Huelva’s tap water has been reported to have high levels of aerobes.

Even though cities like Madrid have fairly safe drinking water, reports last updated in 2016 about fluoride levels in the tap water raise warning signs. Though Madrid only has about .3 ppms of fluoride, Vitoria and San Sebastian have the highest amount of artificial fluoride permitted.

Spain has relatively safe drinking water, though it might be losing some of it because of climate change. However, clear regulations and big fixes to agriculture can keep the water quality in Spain in good shape.