Since the 1940s, the U.S. has been a global leader in foreign aid. The first U.S. foreign assistance program began when Secretary of State George Marshall enacted the Marshall Plan. The program provided $12 billion to help a war-torn Europe recover after World War II. In 1961, President Kennedy started the United States Agency for International Development (USAID) after signing the Foreign Assistance Act into law. Today, the U.S. operates foreign aid programs with the aid of more than 20 U.S. government agencies, helping more than 100 countries. Since taking office, the Trump administration’s foreign aid policy has consisted of numerous attempts to pare down U.S funding for foreign aid.

The freeze in August created a logjam that left many officials at the State Department scrambling in the days before the end of the fiscal year. As a result, the State Department was unable to deliver more than $70 million to non-profit and humanitarian organizations in time. To help understand this complex process and the role of the executive and legislative branches in the funding of foreign aid, The Borgen Project reached out to an expert in the field.

Dr. Steven Shirley, Ph.D. is an adjunct professor at the University of Southern Maine and Southern New Hampshire University. He earned his doctorate in International Studies from Old Dominion University, has lived and worked abroad in Southeast and East Asia. He has authored several “Op-Eds, articles and books.” According to Shirley, foreign policy is the responsibility of the executive branch. Although Congress provides the budget, it cannot dictate its allocation. That power lies with the executive branch.

Critics see the Trump administration’s move as a “bureaucratic maneuver” intended to surreptitiously cut funding for foreign aid. One official who is familiar with the matter said this method of cutting funds will have “major ripple effects.” Dr. Shirley believes that some good may yet come from these ripples. He thinks it may increase accountability for the agencies in regard to spending. Dr. Shirley says that requiring an account of money spent is “fiscally responsible” although it runs the danger of delaying the disbursement of funds.

Countries That Are Impacted

Because of the Trump administration’s foreign aid policy, various programs are in jeopardy. Due to a lack of funding, four non-profit humanitarian organizations working in China are at risk of shutting down. These NGOs remain unnamed due to the sensitivity of their work in China. The cuts also affected roughly $1 million to support programming in Ethiopia through the non-profit group Freedom House. Freedom House receives its primary funding in the form of grants from USAID and the State Department.

In Ethiopia, Freedom House is working to improve human rights, aid the country in its transition to democracy and establish a free press. According to Freedom House, Ethiopia is an authoritarian state ruled by the Ethiopian People’s Revolutionary Democratic Front. Despite progress toward eliminating extreme poverty, Ethiopia remains one of the poorest countries in the world. Around 30 percent of the population lives below the poverty line and millions suffer from food insecurity. Transitioning to democracy is often the first step in improving these living conditions.

These examples show that U.S. foreign aid does a lot of good around the world. The Trump administration’s foreign aid policy would cut funding to a lot of these programs. What long-term effects this may have globally are yet to be seen. 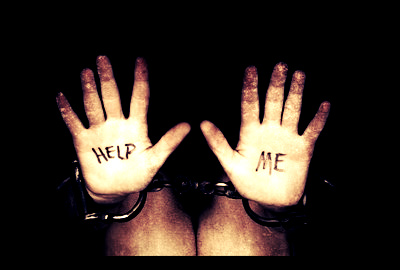 During January 2011, Susie Harvil began the Advocates for Freedom (AFF) in Gulfport. Since then the organization has rescued 105 victims off the coast of Mississippi, The Sun Herald Reports.

“One in five girls and one in ten boys are abused every day,” Harvill said. “Over two-thirds of all children that go missing are never reported.”

AFF works with people in law enforcement, business, government, education, medicine, media and arts, nonprofits, and faith communities in order to end this form of modern slavery. To begin, they focus on finding the victim both shelter and protection.

Victims of this form of slavery are young children, teenagers, men and women. They are subjected to force, fraud, coercion, and sexual exploitation. These people are also forced into labor, drug dealing and even arms dealing which has become the second largest criminal industry in the world, as well as the fastest growing.

The U.S. Department of State published results that 1 million children are exploited yearly. Between 14,500 and 17,500 people are trafficked into the U.S. every year, despite the fact that in October of 2000 the Trafficking Victims Protection Act made human trafficking a federal crime.

According to UNICEF, 5.5 million children are victims of trafficking and it generates an estimated $32 billion in yearly profits worldwide.

AFF has given presentations at city council meetings across the Coast during January in order to raise awareness. Additionally, a curriculum was developed for law enforcement and students.

AFF works to get children out of abusive situations. They are able to help the victims obtain counseling and the Department of Human Services places children in the news.

Four years later however, it is being noticed. Anti-trafficking policies have been prominently featured on the Obama administration’s human rights agenda and an entire international advocacy community has emerged to combat the abuse. Partnership for Freedom for example, is a U.S.-based public-private partnership that conveys the diversity of sex-trafficking initiatives. Organizations like the Women’s Consortium of Nigeria are able to offer female trafficking survivors comprehensive support.

Despite the heightened public attention, the dividends of anti-trafficking advocacy remain unclear. The UN Office on Drugs and Crime explains that the international agency that monitors global trafficking trends has shown an increase in the number of countries criminalizing trafficking, but few have followed through with convictions.