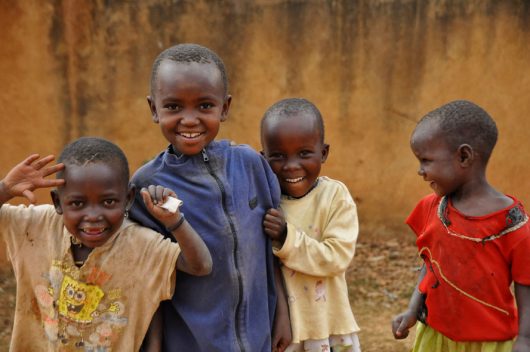 What is advocacy? Merriam-Webster defines an advocate as someone who “argues for or supports a cause or policy.” Other definitions paint advocates as defenders, either of a cause or of a person. Lastly, an advocate can also be defined as a promoter of another’s interests.

With almost 10 percent of the world’s population living on less that $2 a day, ignoring the global poor is like ignoring someone who is injured and cannot get to their feet.

In the case of the global poor, an advocate is one who supports, defends and promotes the human rights of those suffering in extreme poverty. A person is an advocate when they support policies that aid struggling populations stricken with hunger, disease and a lack of access to education or sanitation.

Eradicating global poverty can seem like a daunting task. Who is equipped to change the world in such a way? Notice that the definition does not say an advocate is an implicit solution to the problem. On the contrary, an advocate is someone who works to find a solution and appeals to the powers that can make a difference.

Today, being an advocate for the global poor does not require immense effort. In fact, it is as easy as sending a few emails and making a few phone calls. By contacting our representatives in Congress and showing our support for foreign aid, we can act as intermediaries for the millions who do not have the means to do so themselves.

Advocacy is more powerful in groups. By spreading awareness of the global poor and demonstrating how easy it is to support their cause, we can multiply our impact. With enough people promoting the same interests, leaders will take notice. If we do not have the power to eradicate poverty on our own, the governments of the world certainly do.

The actions of advocates have had a profound effect. Since 2011, a projected 200 million people are no longer in extreme poverty. Nevertheless, there are still millions more that are crying for help with the hope that someone will take notice and champion their cause. 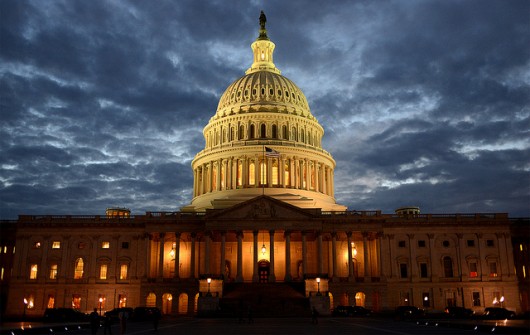 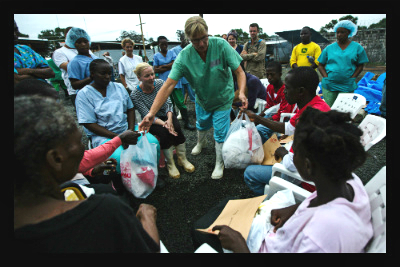 The organization known as Doctors Without Borders or Médecins Sans Frontières (MSF) sustains viable resources for emergency medical attention for the millions of individuals worldwide experiencing crisis in impoverished areas.

Catastrophic events are the focal point of the organization’s efforts to aid in the overwhelming demand that health systems receive as a result of the event. These events include epidemics, malnutrition, military conflict and natural disasters. The secondary focus of the organization is to provide care for those who are without healthcare or discriminated against due to their economic status. They aim to assist the people that are in need of advanced and quality health care. Doctors Without Borders or Médecins Sans Frontières (MSF i) stands as a neutral humanitarian organization. There is no desire among the organization’s goals to promote the agenda of any government interests, pharmaceutical incentives, country, political party or religious faith.

The mission of their humanitarian action is to save the lives of those suffering from global poverty around the world. They do so by providing medical resources, services and surgical needs for those suffering and ailments of people experiencing acute health issues. In resolving these health issues, the health organization assists in the restoration of health and the ability to be more effective in the individual’s life and communities. Doctors without Borders provides medical treatment for over a dozen countries, including the Democratic Republic of Congo, Syria, Haiti, Nigeria, Iraq, South Sudan, Somalia and Jordan, in addition to other countries. In addition, they provide services to refugees and displaced individuals.

Doctors without Borders has over 30,000 medical staff consisting of doctors, nurses, logisticians, water-and-sanitation experts and administrators providing medical care around the world. The number of those treated is abundant. It is estimated that 8.3 million consultations occur annually.

The organization has delivered more than 185,000 babies, as well as provided medical treatment for more than 1.6 million people for Malaria. They have treated nearly 350,000 of severely and moderately malnourished children, and have provided antiretroviral resources for over 284,000 people living with HIV and AIDS. Cumulatively, the organization has performed more than 78,000 surgeries, vaccinated 690,000 individuals against Measles and over 495,000 individuals against Meningitis.

The organization also focuses its efforts toward countries whose communities are riddled with the impact of armed conflict many individuals become victims through injuries, sexual violence and detrimental wounds. Many times during this turmoil, medical treatments are not available or individuals are simply denied the treatment so desperately needed. The response to conflicts have health consequences, therefore it is necessary to respond with care, determination, speed, focus and the ability to adapt in order to deliver the necessary medical care and treatment to those most in need.

Doctors Without Borders continues to serve as an effective advocate for access to healthcare around the world in order to improve access to essential medicines and healthcare in impoverished areas. 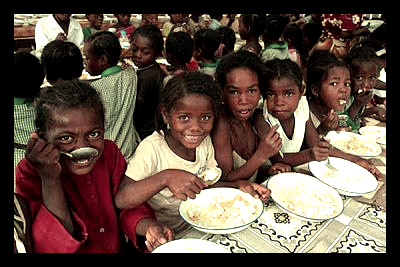 Even if hunger was eradicated right now, it would only be temporarily so if education is not a priority. Educated children are prepared children. A good education equips children to provide for themselves, as well as their communities, in the future. Education ensures that the steps taken in the fight against hunger are sustainable.

School meal programs are one of the easiest ways to feed lots of children, since the children are all gathered in one place. It is also very cost-effective. For 25 cents per meal, the World Food Program feeds 24 million school children annually.

The World Food Program defines food security as “when all people, at all times, have physical, social and economic access to sufficient, safe and nutritious food which meets their dietary needs and food preferences for an active and healthy life.” Food security programs aim to meet these needs by training farmers in developing nations through agricultural methods that will provide their communities with food – both now and long-term. The World Food Program reports that it has provided 200,000 farmers with agricultural training since the beginning of its food security programs.

The simple act of bringing attention to the problem of hunger goes a long way in fighting it. People can’t contribute to a cause they aren’t informed of, and as more people become aware of how hunger affects the poor around the world, more people will engage in the fight against it. It’s that simple.

This is one that tends to be taken for granted. Many people talk about the importance of monetary donations, but relatively few actually donate. This is unfortunate, because donations of any amount can go a long way. There are billions of people in the world that do not suffer from chronic hunger. If all of these people contribute even the tiniest amount that they can afford, hunger will be exponentially closer to being eradicated.

People in developed nations put so much money towards things they don’t need, while people in the developing world struggle just to get by on a daily basis. Practicing some restraint in spending would free up money that could then be used towards eradicating hunger. This could be as simple as forgoing a cup of coffee each day.

Excess waste ties up resources that could be used elsewhere in the fight against hunger. It is important for people in developed countries to be mindful of those in developing nations by doing their best to consume only what they need.

9. Be involved in government

Exercise the privileges that come with living in a democratic society in the fight against hunger. Elected officials are in place to represent the voice of the people. If enough people express their concern about global hunger to elected officials, the collective voice cannot be ignored, and action must be taken.

It is not enough to simply provide the world’s hungry with food. They must be equipped to provide for themselves. Otherwise, the problem of hunger is not actually solved. Many workers in developing nations are exploited by employers and are not paid nearly enough to provide food for themselves, much less their families. If global hunger is to be defeated, all people must be provided with opportunity to earn livable wages.