Tag Archive for: Advocacy for Breastfeeding 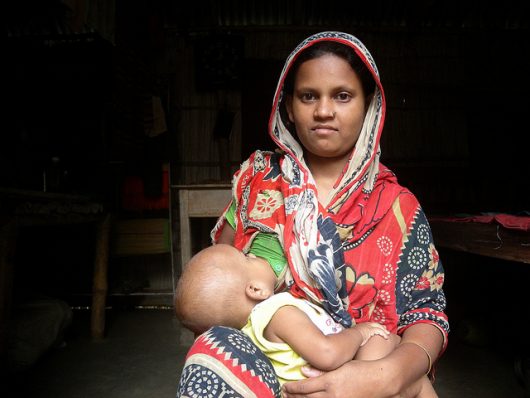 The first week of August was World Breastfeeding Week, a week that, among other things, aims to inform the public something often overlooked: increasing the number of moms who breastfeed could significantly help decrease infant mortality and boost survival in extreme poverty. A healthy and low-cost practice, breastfeeding helps alleviate poverty.

Breast milk has all the nutrition that a baby needs in its first six months of life and is a natural way of warding off diseases. Studies show that breastfeeding could decrease the risk of diabetes, allergies and other health hazards that may come in the baby’s later life. It is recommended that mothers feed their babies with breast milk exclusively for six months, and then breastfeed up to two years while introducing nutritional solid food.

Breastfeeding is not only beneficial but also necessary. A baby’s survival rate is boosted if it takes in breast milk within the first hour after birth. Failure to give a baby breast milk within a short period of time after birth could increase the possibility of infant death by as much as 80 percent.

The effects of breastfeeding on a global scale are striking. If all mothers across the world exclusively breastfeed their babies for six months and then feed their babies with breast milk along with other solid food for another year, 13 percent of global child deaths under five could be averted. Other recommended methods to increase child survival, such as hygienic delivery, Hib vaccine and tetanus toxoid, could each avert only up to 5 percent of child deaths under five.

“Breastfeeding is the best gift a mother, rich or poor, can give her child, as well as herself,” UNICEF’s Deputy Executive Director Shahida Azfar said on Mother’s Day.

Breastfeeding is important everywhere in the world, and an essential way to help mothers in poverty or wealth. But poor regions with unclean water and insufficient hygiene should especially embrace breastfeeding because in these places this issue has a higher stake: artificial milk or infant formulas could become poisonous if contaminated, resulting in illnesses, or even death. Breast milk also provides sufficient water for babies in their first six months.

Breastfeeding is low-cost yet easily meets the nutritional needs of young babies. In other words, breastfeeding promises food security for babies and takes off some of the households’ financial burdens.

In a joint message released during the 2016 Breastfeeding Week, UNICEF and WHO stated: “breastfeeding is not only the cornerstone of a child’s healthy development; it is also the foundation of a country’s development. In fact, supporting breastfeeding is one of the smartest investments countries can make in the well-being of their citizens–and thus, in their own long-term strength.”

It might be counter-intuitive that many mothers do not breastfeed their babies even though breastfeeding is ultimately the most cost-efficient practice. But breastfeeding may not be as easy as it appears: female workers often cannot afford sustained breastfeeding because their working environment or work routine do not provide them with the time and space for the practice.

UNICEF calls for support of national legislation and policies that provide women with paid maternity leave, breastfeeding breaks and other deserved benefits after birth.

UNICEF and WHO also launched the Baby-Friendly Hospital Initiative (BFHI) in 1991. This initiative essentially does not allow feeding bottles and cheap breast milk substitutes. The initiative proved highly successful. Cuba, for example, saw a three-fold increase in exclusive breastfeeding for four months in the stretch of only six years after making 49 of 56 hospitals or maternity facilities baby-friendly.

“Now, as governments around the world develop budgets and action plans to achieve the Sustainable Development Goals, breastfeeding must be a policy, programming, and public spending priority,” WHO and UNICEF stated in 2016.