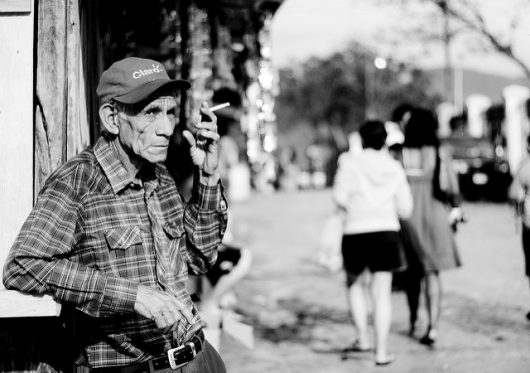 Tobacco is one of the world’s most preventable causes of disease. Preventing tobacco use in impoverished countries is important because tobacco use causes many diseases and about half of tobacco users end up dying from it. In recent years, the World Health Organization (WHO) discovered that about 80% of tobacco users live in low- and middle-income countries.

One of the best examples of this is Honduras. Between the years 2000 and 2015. The World Bank reported that smoking prevalence in adult males decreased by 30%. The World Bank also noted that Honduras is a low-middle income country, the target area for tobacco companies. So why has tobacco usage decreased in Honduras?

To put it simply, they have begun to put restrictions on tobacco. According to The Tobacco Atlas, Honduras has many rigorous regulations regarding tobacco. For example, many of Honduras’s public areas do not allow smoking. Universities, restaurants and all other indoor public spaces are smoke-free. They have also limited the number of television channels on which tobacco can be advertised. Additionally, Honduras has a 21% excise tax on cigarette prices. Because Honduras has these restrictions, their smoking rate has decreased by 30%.

The positive impacts of these restrictions on tobacco advertisement and use in Honduras are that fewer people are buying tobacco because of the added expense of taxes and fewer people are being exposed to tobacco in the first place. The laws that limit where people can smoke help to prevent people from smoking in indoor public spaces and prevent nonsmokers from being exposed to cigarette smoke.

Preventing tobacco use in impoverished countries requires many different strategies. Taxes, advertisement restrictions and other policies work together to lower tobacco usage. Low-middle income countries need to implement these policies to help protect their citizens. Implementing proper restrictions on tobacco is important to the health of these countries. 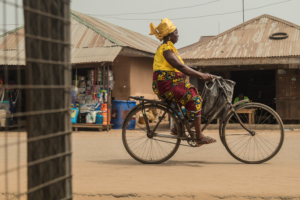 While traveling through rural Mozambique, founders of Mozambikes Lauren Thomas and Rui Mesquita were disturbed by the region’s lack of transportation. Locals had to walk miles in harsh heat to reach basic necessities like water, food, healthcare, education and jobs.

50 percent of people in Mozambique live below the poverty line and mortality rates are highly exacerbated by lack of transportation.

Lauren Thomas and Rui Mesquita set out to solve this issue with Mozambikes, a for-profit social interest company that sells bicycles to locals at highly subsidized prices.

“It began as an idea, though we knew it had the potential to have a tremendous impact on the lives of rural Mozambicans. However, the first step was to import a container of bicycles and test the market. Given the risk implicit at such an early stage, Mozambikes started entirely with shareholder funding,” explains founder Lauren Thomas, a former New York City investment banker, to How We Made it In Africa.

It is a sustainable business model. Advertisers buy ad space on the bicycles, exposing a relatively secluded consumer base to brands or ideas that these rural Mozambicans would not otherwise see. The advertisements highly subsidize the price of the bicycles for the rural residents of Mozambique.

Companies can also purchase the bicycles directly, paint on their advertisements and logos, then sell them to local residents at lower prices as “promotional marketing” or “corporate social responsibility” explains How We Made it In Africa.

“Our most successful marketing has been our 7,000 bicycles on the roads in the country. When a company sees Mozambikes branded with another organisation, they want to know – who made those? Therefore, word of mouth has been very effective in getting sales over the last few years, now that we have a presence in the market. Mozambique is still a traditional market and we have also been successful with aggressive direct marketing – emails and phone calls to arrange meetings with target clients,” says Thomas.

Mozambikes has the potential to stimulate the local economy in a variety of ways. Bikes do not only open the door to health-related treatment options, education and more, but bicycles also enable Mozambicans to reach their jobs, and perhaps even obtain better jobs.

And the bikes are assembled by local Mozambiquians, generating jobs and income for residents. Locals also assemble bike accessories like accompanying trailers and bike ambulances.

“Our first donation event gave bicycles to 20 rural women in southern Mozambique. When we arrived, they began to clap and sing, and when they received the bicycles they were crying and singing. A bicycle may seem like such a small item to many, but it is quite literally life-changing in rural Africa. It means access to clean water. It means mothers can bring their babies to the clinic when they are sick. It means that they can return home from their farming plots in time to make their children dinner at night,” explains Thomas.

Sources: Mozambikes, How We Made It In Africa, Inclusive Business Hub
Photo: Wikimedia Commons 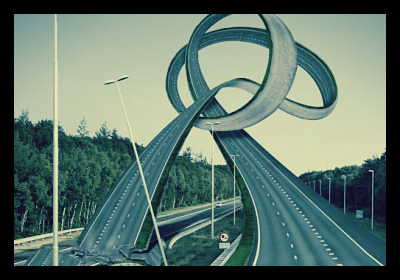 Advertisers Without Borders (AWB), founded in 2002 by Guillermo Caro, is an international network of advertising professionals who donate their time to promote global social causes. Through innovative public service campaigns, AWB brings awareness to issues like poverty, health, environmental care, and peace culture.

One of their recent campaigns, The Children Notwork, was designed to create awareness about global child labor. AWB created profiles on the professional network LinkedIn for textile, coffee, toy, and food companies. It then created dozens of fictitious profiles of children who supposedly worked for those companies. The “children” began to send direct messages to random LinkedIn professionals, executives, entrepreneurs, and leaders on the website. If these messages were read, AWB provided the recipient with a link to The Children Notwork website and detailed information about child labor.

This innovative campaign spurred conversation across the world, finally meeting AWB’s objective to create awareness about the 215 million children who are victims of exploitation and child labor.

Another of AWB’s campaigns, Whatever you do to the world you do to yourself, is composed of a series of four ads to promote greater care for the environment. The four images mirror each other in design, but depict four different issues, namely deforestation, littering, whale poaching, and pollution. Each ad contains a self-inflicted environmental wrong and the connection to the arm that commits it.

Each of AWB’s campaigns is designed to get the public engaged in the world’s issues through innovative, thought-provoking advertising techniques. Said best by anthropologist Margaret Mead, “Never doubt that a small group of thoughtful, committed citizens can change the world.” Advertisers Without Borders is doing just that. 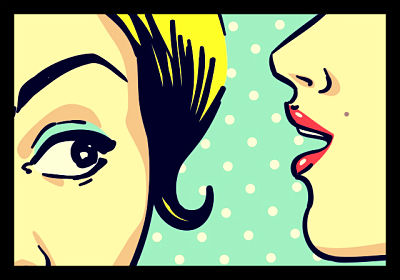 Despite advances in advertising in recent years, word of mouth is still considered by many marketing experts to be the best form of advertisement. As businesses look to increase their presence in South Africa, word of mouth publicity could be the key to appealing to otherwise unreachable demographics.

Zonal champions, as they are called by marketing agency Creative Counsel, are human advertisements. They are members of local communities who are employed to represent a brand and promote appropriate products during their everyday conversations. The potential consumers are able to freely question zonal champions about the products, allowing for all curiosities to be satisfied before a purchase is made.

Nontando Vena, a zonal champion for South African mobile phone company Vodacom, says she doesn’t have conventional work hours. Instead, she promotes the brand “24/7, 365,” and members of her community occasionally refer to her as “Miss Vodacom.”

South African consumers are more welcoming of zonal champions than they would be of commercials and billboards. Consumers are more trusting of a friend or family member than they are of an advertisement, and this is especially true in South Africa. Zonal champions are able to give a familiar face to otherwise detached companies, which let consumers feel more comfortable with new brand names.

Economically, zonal champions are also beneficial to the many rural consumers who are forced to be judicious with their income. While the income of South Africans has risen by upwards of 170% in the past decade, the average annual income is still about $6,258. As a result, South African consumers are extremely hesitant to invest in products they are unfamiliar with. By answering questions and recommending products, zonal champions are able to engage local citizens and let them know if the product being offered will meet their needs.

In addition to the benefits for businesses and consumers, the zonal champions themselves are able to benefit from this unique form of employment. Unemployment in South Africa remains very high, with up to 24% of citizens without work. Many of these people have no access to education, and therefore are considered “unemployable.” There are no prerequisites to become a zonal champion, and the work itself primarily involves being present in a community. This allows a new opportunity for these “unemployable” citizens to find work and curb the harsh unemployment rate in the process.

Africa’s economy is among the fastest growing in the world now, and international businesses are starting to take notice. President Obama’s recent trip to Africa highlights the continent’s growing relevance in the global economy, and zonal champions will surely play a large role in growing markets in these once impoverished parts of the country. With the numerous advancements in technology and advertising in recent years, zonal champions prove that old fashioned conversation is still as relevant as ever.