Tag Archive for: Advances in Technology in Africa 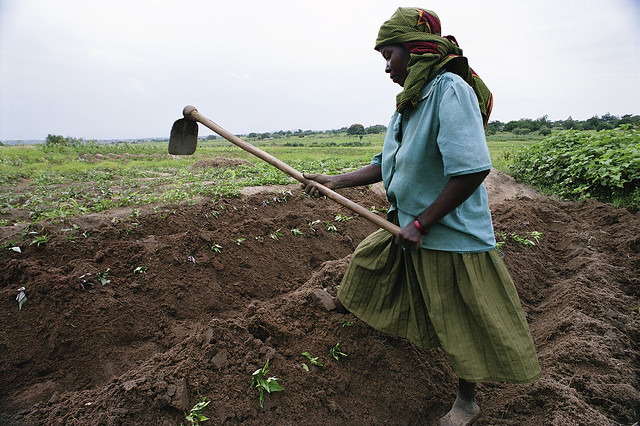 Africa boasts one of the biggest farming industries in the world. Agriculture accounts for 60 percent of the continent’s paid employment and 30 percent of its overall GDP. However, due to a lack of market information, modern farming technologies and financial stability in smallholder farming, the continent suffers from low farming productivity. With so much of Africa’s development being dependent on agriculture and farming, low productivity rates pose an array of problems for the continent’s pursuit of advancement. These five tech start-ups are tackling these issues and transforming agriculture in Africa.

Africa suffers from low farm productivity due to an array of issues like financial instability, limited access to modern farming technologies and lack of information. However, countless tech start-ups across the continent are actively combating these issues with innovative tech solutions for transforming agriculture in Africa. 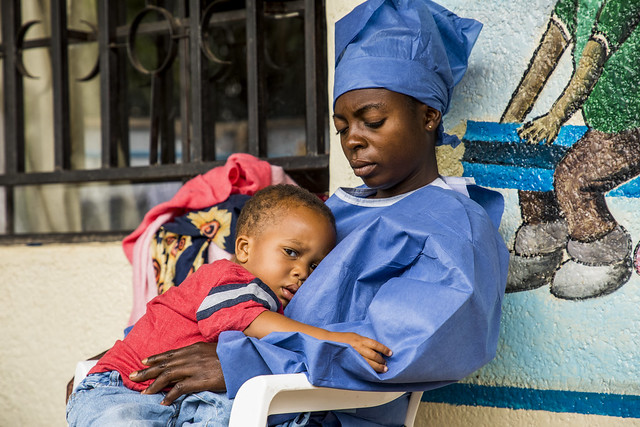 Boasting over 85 million people, Congo has struggled with political and social instability since the Belgian conquest in the early 20th century. To this day over 100 armed groups, including the Allied Democratic Forces, the Mai Mai and the Forces of the Liberation of Rwanda, are active in Congo. Against this backdrop of factionalism and violence quietly rages the second most deadly Ebola outbreak in history. Over 1,600 people have died. Despite these grim circumstances, a group of Congolese tech-savvy youth have developed an unlikely weapon against Ebola: an app they’ve called Lokole.

Ebola is a virus that first causes fever, sore throat and muscle weakness and later progresses to vomiting, diarrhea as well as internal and external bleeding. Patients die due to dehydration and multiple organ failure. During the West African epidemic of 2014 to 2016, over 11,000 people died. During this epidemic, the investigational vaccine called rVSV-ZEBOV was used to fight the outbreak in Congo. However, it was used under the compassionate use clause because the vaccine had not been commercially licensed.

In addition, the Congolese Ministry of Health is seeking medical interventions through technological tools . Through collaboration with Internews and Kinshasa Digital, it organized a hackathon in March 2019, bringing 50 students in communications, medicine, journalism and computer science together. These students were sorted into teams of approximately seven.

Each team sought to answer the question: “How can Ebola response teams leverage new technologies to achieve their communication goals at the local, national and international level?” Thrown together for the first time, Emmanuel, Ursula, Aurore, Joel, David, Israël, and Maria worked for 24 hours. There, they came up with Lokole, the winning technology.

Lokole is an Unstructured Supplementary Service Data (USSD) mobile application which “is designed to facilitate the real-time transmission of data and information between communities and the Ebola response teams,” despite poor internet connectivity in rural areas. This team of seven chose the name Lokole because a lokole is a traditional Congolese drum used to transmit messages over long distances. With this app, they hope to increase communication about the spread of Ebola in Congo.

The Lokole app allows community workers to note and document Ebola symptoms through questionnaires which are then relayed to Ebola response teams and the Ministry of Health. David Malaba, one of the app’s developers, says “Real-time management of information by the different components of the Ebola response will help detect and provide treatment to patients more quickly and deploy resources on the ground more swiftly, which will help lower Ebola mortality rates.”

While analog in comparison to smartphone technology, Lokole’s USSD platform offers the potential for real-time communication without having to invest in widespread expensive improvements in Congo’s internet connectivity infrastructure.

Changing the Future of Grassroots Healthcare

Since the virus’s discovery in 1976, Congo has had 10 documented Ebola outbreaks. Years of consistent violence has led to great mistrust of government and health authorities. Such widespread mistrust of health systems makes epidemics like Ebola even harder to combat.

However, Lokole empowers the everyday Congolese with the tools to fight Ebola. It is a democratic grassroots healthcare model. In fact, large-scale telemedicine platforms, such as BabylRwanda in Rwanda, are powered by similar USSD technology. This connects the average citizen with a nurse or physician in a matter of minutes.

The development of the Lokole app is exciting in its fight against Ebola in Congo, but the galvanization of local Congolese talent is a game-changer. Hackathons that bring disparate youth together to problem solve big and often overwhelming issues inspire others to pursue change. Lokole is just the beginning. 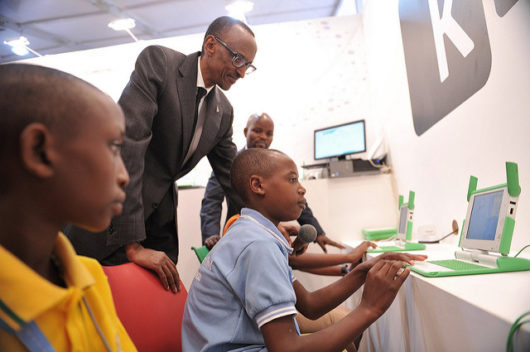 As Africa experiences the highest rate of growth of digital consumerism in the world, Cameroon finds itself at the forefront of the continent’s technological boom.

This rise of the tech industry in Cameroon is quickly changing the landscape of the country, and the investment opportunities these companies are bringing in, as well as the digital products they produce, could prove key to building Cameroon’s economy and improving the lives of its impoverished citizens.

Despite the steady improvement of living conditions in Cameroon, many citizens still struggle to survive. As a result, numerous startups in the country have set out to use advancements in technology to work for people in need.

Noticing that the cost of smartphones is lowering every day while access to health care is still difficult and that the infant death rate remains high, tech startup GiftedMom created an app allowing pregnant women and new mothers to text health care professionals for help when they cannot afford to see a doctor in person.

Similarly, Agro-Hub set out to help farmers, who make up nearly 70 percent of Cameroon’s population, as they fight to keep their work profitable. The startup helps farmers adapt to market changes, sell their products and find a community among other farmers who may offer help.

As unemployment remains a constant issue, web platform Njorku helps people from Cameroon to find jobs by offering an easy-to-use interface for both people looking for work and recruiters trying to find well-suited candidates.

These startups, only a few among many, use technology to solve real-world issues with practical solutions. As they succeed, the users they target (impoverished peoples, mothers and infants, unemployed individuals) also succeed.

Seeing the possibilities that can arise when people are educated and knowledgeable about technology, many tech industry professionals both within Cameroon and abroad have invested time and resources to prepare young people for participation in the industry.

In 2015, German software corporation SAP hosted Africa Code Week in 17 African countries, including Cameroon, with the goal of spreading digital literacy and preparing African youth to work and compete in an increasingly digital world.

The Genius Center in the Cameroon city of Douala teaches children coding, computer skills and the ability to think of digital solutions for real-world issues, preparing them not only for employment but also to use these skills to improve their communities.

While Africa’s fast-growing population raises alarms of poverty and unemployment, the rise in technology training provides hope for job openings increase and creation of well-educated workers who are capable of performing in these roles.

As the tech industry in Cameroon continues to grow, significant changes are necessary for the growth to be sustainable. The country is still reeling from a three-month government-imposed internet shutdown in English-speaking regions that ended in early 2018, leaving tech professionals wary of the government as it announces plans to support the industry in the coming years.

Due to tech professionals’ suspicion of the government and Cameroonian business peoples’ hesitation to invest in this industry, many startups have sought investment from investors outside of the country.

For Cameroon to fully enjoy the benefits of this growing industry, domestic investors must understand and support the rapidly evolving direction in which the world market is trending.

While these changes are necessary for the benefits of the tech industry in Cameroon to be realized, the country has already made significant headway in establishing itself as a global competitor in the industry.