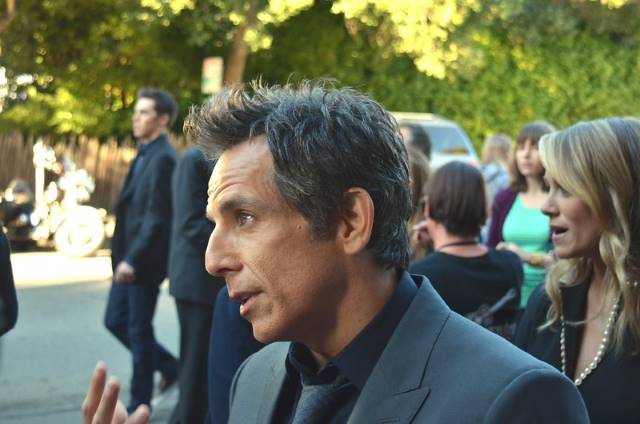 The civil war in Syria is in its 11th year, and unfortunately, there is no end in near sight. The start of the deadly conflict can be traced back to March 2011 when protests seeking government reform took place in Daraa, Syria. Millions of Syrian people have fled due to the deadly conflict in their own country. The Syrian refugees of the civil war have fled as far as the U.S and Europe, while many are still located in the Middle East. Turkey is home to the majority of Syrian refugees, with around 3.6 million living within Turkey’s borders. Refugees who live outside of refugee camps often do not have access to basic services and resources needed to live adequately. Actor Ben Stiller works to improve conditions for Syrian refugees and bring awareness to the situation. In 2018, the U.N. Refugee Agency (UNHCR) honored Stiller with the UNHCR Goodwill Ambassador title. Stiller’s advocacy on behalf of Syrian refugees shows his commitment as a humanitarian and not just a celebrity.

Back in 2019, Stiller’s advocacy took him to Lebanon, a Middle Eastern country that is also home to a large number of Syrian refugees. As a UNHCR ambassador, Stiller uses his celebrity status to help bring attention to issues of concern for the UNHCR. While in Lebanon, Stiller met refugees who impacted him profoundly. Stiller shared with CBS News a story about a Syrian woman named Hanadi who was forced to flee Syria with her three children. He expressed how tough daily life is for this mother of three.

Another experience of Stiller’s was an encounter with an 8-year-old child, Yazan. Yazan’s family fled Syria when he was just an infant. Yazan now sells vegetables on the side of the road in order to provide for his family. Stiller carried these experiences long after he returned home. Stiller shared his experiences in Lebanon to get public attention focused on the Syrian refugee crisis. While in Washington, D.C., Stiller provided testimony to the Senate Foreign Relations Committee in an attempt to influence the Committee’s support for Syrian refugees. Using his filmmaking skills, Stiller also created fundraising videos for the UNHCR. Stiller’s fundraising videos were so successful that in just one month he was able to raise $500,000.

Stiller’s advocacy has also allowed him to participate in many projects dedicated to helping Syrian refugees. Using his filmmaking skills yet again, Stiller filmed an interview with supermodel, Adut Akech, who was previously a South Sudanese refugee. The purpose of the interview was to showcase the struggles of being a refugee to help foster understanding and show what the experience is like. Stiller’s participation in Syrian refugee projects also took him to Albany, New York, in 2020. Once there, Stiller advocated for the resettlement of Syrian refugees within the state of New York.

Stiller offered to narrate a UNHCR campaign promotion video as well. The video was for UNHCR’s 1 Billion Miles to Safety campaign. The campaign asked for the walkers, runners and cyclists of the world to dedicate the distances the members traveled to refugees in order to raise awareness.

A Voice for Syrian Refugees

The civil war in Syria might be raging on, but that does not mean that the refugees who have fled are not receiving help. Stiller’s advocacy has helped raise awareness of the struggles that Syrian refugees experience. Stiller has also used his specific skills and talents in filmmaking for UNHCR’s campaign adverts. By bringing attention to Syrian refugees, Stiller shows his humanitarian side and his commitment to improving the lives of the most vulnerable.