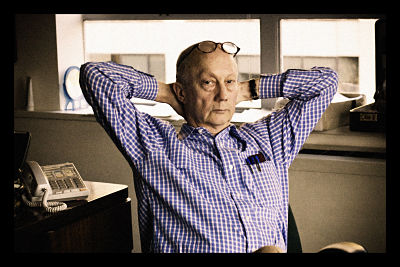 Phil Harvey is the founder and president of DKT International, a D.C.-based charity organization that supports family planning and HIV/AIDS prevention programs in 19 different countries. Phil Harvey is also president of Adam & Eve, one of the world’s largest purveyors of “adult entertainment.” His company, Adam & Eve, provides major revenue for DKT International’s benevolent works. In this regard, Harvey is using what seems taboo and untouchable for a charitable cause.

Harvey worked for CARE International for five years during the 1960s. There he became convinced that the best way to improve the lives of the poor was to provide family planning, contraception and fertility control. Eventually Harvey would go on to study family planning at the University of North Carolina where he met Tim Black. Black and Harvey were both extremely passionate about the topic of family planning. Realizing that rural areas often lacked the right medical infrastructure to provide the proper tools for family planning, Black and Harvey focused on social marketing techniques. They sought to place low-cost contraceptives in market places so that anybody could afford them. To do so they would have to advertise heavily to subsidize the cost and brand them carefully. Black and Harvey decided to test their ideas by selling condoms by mail order. At the time, mailing of condoms was considered illegal, as “obscene” materials could not be mailed.

Along the way, Harvey and Black’s mail order condom business would grow into the organization DKT International. Additionally, the company Adam & Eve would rise from mail order as well. DKT International branched out into developing nations while Adam & Eve grew to sell over $70 million worth of films and goods a year. However the two companies were linked together because Harvey’s Adam & Eve now provides 10% of DKT’s funding. Furthermore, Adam & Eve donates about 25% of its revenue from adult entertainment to charity.

Few customers of Adam & Eve know that much of their purchases are going toward charities. The company once attempted to inform customers of its philanthropic activities, but there was little difference in sales. Today, Adam & Eve is facing challenges to its business. One challenge is the rise of new competitors. Phil Harvey has been known for being very libertarian and has fiercely defended freedom of speech. He has also defended Adam & Eve against a variety of accusations about its obscenity. However, unwittingly, by defending his adult entertainment company, Harvey has opened doors for other sexual entertainment groups claiming the same right to free speech and expression.

Furthermore, there is also the entire issue of whether or not adult entertainment should be used to promote anything related to public health. Even though it is paying for millions of contraceptives for those in poverty, is pornography an appropriate means to do so? The adult entertainment industry, while seemingly innocuous, is also filled with a variety of its own flaws. Thus pornography and charity seem highly at odds with one another. Yet the truth is that sex sells and that money can be used for charitable purposes. For some, the idea may seem preposterous even disgusting, but Phil Harvey is certainly donating a lot more funds than many others.