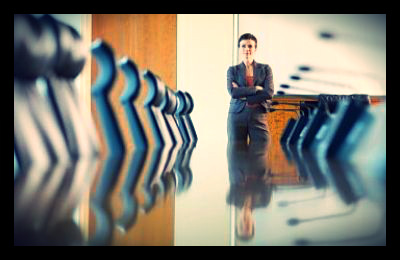 Helen Clark, the former prime minister of New Zealand, was interviewed during her preparations to attend the World Economic Forum in Davos, Switzerland. More than 2,600 people are currently attending the forum, which runs from January 22 to January 25.

Asked about women’s attendance at the conference, Clark said “It’s the same story every year, under 20% of the people going are women.” When informed that the actual figure is closer to 15%, the former prime minister just rolled her eyes.

And, understandably so. Despite comprising 50% of the global population, a mere 15% of attendees are women. Worse yet, this number is down from last year, where 17% of attendees were female. Statistically, this means a person is 66% less likely to encounter a woman at Davos than anywhere else in the world.

The World Economic Forum’s (WEF) organizers contend that the gender disparity at the conference merely mirrors the reality of today’s world. WEF’s managing director and head of communications Adrian Monck says: “We’re on the front line of reflecting the world as it is, not how we want it to be.”

Monck claims that the organization wishes its meetings were better attended by women but that the organization’s greater goal prevents it. WEF’s imperative? To bring together the world’s most powerful and influential people. Given that only 16.9% of Fortune 500 boards of directors are comprised of women and less than 5% of the Fortune 500 are actually led by women, it is a point that, unfortunately, makes sense.

However, according to Clark, who is currently ranked as the 21st most powerful woman in the world by Forbes, getting women to these events should not be an issue. “Often the response from people who organize these events is that they cannot find enough women. If you look you can find them, they exist,” she says.

At least one measure is in place to encourage more women to attend. Business members of WEF receive varying numbers of invitations to be distributed to their employees as they see fit. At the highest level of membership, members are offered four tickets, but if one of their designated tickets is given to a female employee, the company gets a fifth ticket to dole out.

But, as evidenced by the 15% female attendance rate at Davos this year, such a measure enjoys only limited success in drawing women to the conference. Thus, Davos’s reflection of the world’s gaping gender bias calls into question the efficacy of the conference.

The WEF defines itself as “an independent international organization committed to improving the state of the world by engaging in business, political, academic and other leaders of society to shape global, regional and industry agendas.” Yet, with only one out of every seven delegates a woman, how can you really tackle the issues that face today’s world?

Making such a question even more stark is WEF’s theme this year: “Reshaping the World.”

As put by Forbes’s Dina Medland, “what’s the point of meetings between elite male leaders to discuss a world that goes far beyond their boundaries?”