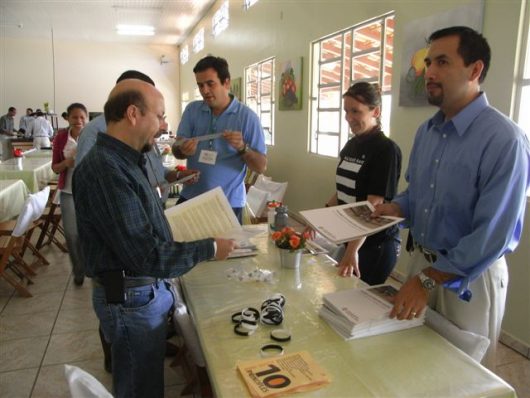 In May 2017, a flood in northeastern Brazil left 35,000 residents homeless. As similar disasters have affected Brazilians before, the Adventist Relief and Development Agency (ADRA) is a nonprofit organization working to alleviate what has been a crucially difficult past for the country. How the ADRA helps Brazil is not through focusing on the negative impacts but instead on how they can aid Brazilians in times of disaster.

In January 2011, some of the heaviest rains in history caused major flooding and landslides in Brazil’s three major cities and in 80 smaller communities as well. The ADRA provided 4,500 victims with bed materials and hygiene kits, inviting others to donate. More than 1,000 households received aid as a result. The ADRA also received a $50,000 grant from the U.S. Embassy to support Brazilian families in urgent need.

In November 2015, a toxic mudslide containing arsenic, mercury and other poisons made Brazil’s water undrinkable for more than 250,000 residents. The ADRA distributed 53,000 gallons of water to 1,900 families in the city Governador Valadares, and 16,000 gallons of water were given to 570 families in the city Colatina. The ADRA also managed to help more than a quarter of a million people in Minas Gerais.

In March 2016, heavy rains flooded several Brazil cities. After the rains, the water was draining too slowly and increasing the risk of diseases. The ADRA distributed hygiene materials to counter risks of diseases. Disaster victims were also given food and material items and lived in school buildings after losing their homes.

The ADRA partners with other organizations to help Brazil’s street children and disadvantaged ethnic communities. In August 2016, the ADRA worked on a project with Stop Hunger Now to stimulate Brazil’s economy. The project involved sending 100,000 packaged meals to Rio de Janeiro.The ADRA also utilized some of the meals to support 5,000 students.

The ADRA helps Brazil in order to better the lives of the country’s people. By providing Brazil’s disaster victims with meals, hygiene kits and other resources, ADRA gives Brazilians the hope that they will never be alone in times of crisis. Through partnerships with other organizations, the ADRA may even receive further help in the future to alleviate Brazil’s problems.