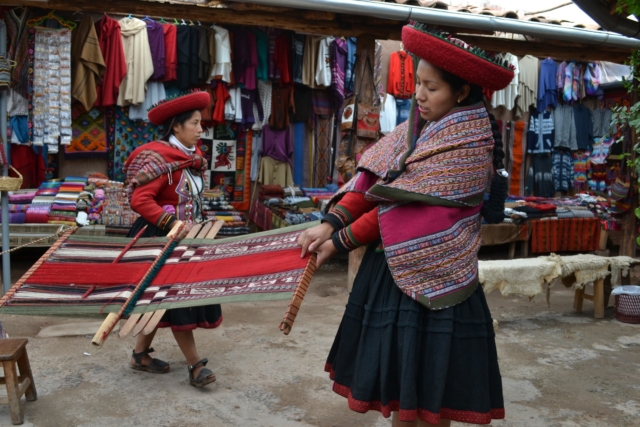 Behind every piece of clothing is a story. This story reflects not only people’s functional needs but also the craftsmanship and cultural influences that brought an idea from the design sketch to the final product. Fashion can empower indigenous and impoverished communities both through what it can do and how manufacturers produce it.

This empowerment comes in primarily two forms. Fashion can provide communities with the freedom and resources to engage with and express themselves and their own culture. It can also fulfill functional purposes and help displaced or disadvantaged communities become self-sufficient and monetarily independent.

In a conversation with The Borgen Project, Christopher Aaron, a recent graduate from the AAS program in Fashion Design at Parson’s School of Design, underscored the need for brands to respect the ecosystem and cultural identity of the people they are trying to empower.

Another problem, which Aaron highlights, is that since many artisans channel their own and their community’s unique history into their craft, incorporating their artisanal style or cultural symbols into a mass-produced good may commercialize rather than empower their work. Wanting to help indigenous and impoverished communities through fashion is no doubt commendable, but fashion brands should help in a way that does not appropriate, exploit or dilute local cultures.

Two brands that exemplify how fashion can empower indigenous and impoverished communities are ADIFF and Artisan Global. Rather than exploiting cultures to further their own ambitions, they enable these communities to take ownership of their own heritage in both an artistic and a material sense.

ADIFF is a sustainable fashion brand with the mission to “empower marginalized communities and fight climate change through fashion.” It aims to do so by designing clothes with a functional benefit to refugees and by employing refugees themselves in the production process. It also tries to rely on upcycling, the practice of using traditional waste materials to create clothing and accessories.

Angela Luna and Loulwa Al Saad founded the label in 2016, building on Luna’s senior collection at Parson’s School of Design in New York. According to Luna, the hardships of the European migrant crisis moved her. Thus, she sought a way to use design to fulfill a functional need. Her answer was transformative clothing. She designed jackets that could turn into tents or sleeping bags and tops that facilitated carrying a child. Luna also designed two-sided garments that could make the wearer more or less visible.

Since then, ADIFF has moved beyond assistance through design-based problem-solving. It now employs many resettled refugee tailors from Afghanistan in its manufacturing facility in Athens, Greece. With its buy-one-give-one model, it has donated 1,000 jackets to the homeless and refugees globally since 2017.

In January 2021, ADIFF also published a collection of DIY instructions for recycling old garments or household goods into new clothing. The “Open Source Fashion Cookbook” hopes to reduce the amount of fabric waste by teaching people how to, for example, make a jacket from two woven blankets or a shirt dress from two old button-down shirts. ADIFF is working toward sustainability, redefining the relationship between fashion and the public.

Artisan Global is a nonprofit organization in South Carolina, aiming to promote “sustainable job strategies and workplaces for those living in extreme poverty in war-torn countries.” In 2020, it opened the Artisan Center in Uganda, providing the infrastructure to facilitate fashion-related design innovation. The Ugandan artists and artisans themselves bring the ideas and vision for a piece or product. Artisan Global helps with the creation, sales and sustainability of its production.

Intermittent conflict in and around Uganda has displaced some communities and posed a developmental challenge to others. Most recently, the South Sudanese civil war (2013 to 2015) and the Kasese clashes (2016) have destabilized the region. Artisan Global currently works with people who Joseph Kony’s rebel army kidnapped as children.

That said, Uganda has also experienced much progress in reducing its poverty rate. From 1993 to 2017, the poverty rate declined from 53% to 21%. While the multidimensional poverty rate remains much higher at approximately 56% in children, these figures represent an impressive improvement.

The Many Faces of Fashion

Fashion can empower indigenous and impoverished communities. For Aaron, a designer at the budding stage of his fashion career, brands and organizations like ADIFF and Artisan Global demonstrate that function and social justice are not mutually exclusive. Designers and consumers do not just care about what the products are, but also how manufacturers make them and what they represent. Of course, there is often still a financial sacrifice, both for those who make and for those who buy clothing, that comes with choosing to empower disadvantaged communities over catering to the mass market. But, as ADIFF and Artisan Global show, this trade-off is not as pronounced as it may seem.

Fashion poses opportunities and risks for the empowerment of local communities. The key to functional and sustainable fashion as a tool for empowerment lies not with any one thing. Instead, it lies in combining the goal-oriented resourcefulness of an engineer with the boldness and cultural empathy of an artist.