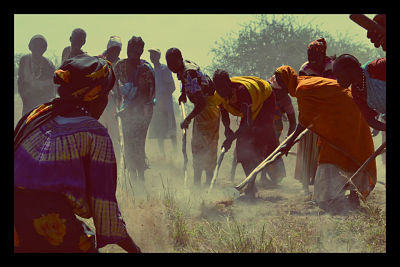 One of the more promising pieces of information being realized in the developing world deals with the immense economic potential of Africa. Already, the United States is beginning to see the nations there as equal partners in world economic affairs, and this isn’t by accident. Briefly, continued attention from nongovernmental aid organizations including the United Nations in conjunction with individual developments in Africa has, over years, vastly increased the capacity of Africans. People all over the continent are slowly winning the war against poverty. In a recent trip to the continent, President Obama made known the intention of the United States to become a global economic partner to help Africa realize its potential and rise up out of its poverty-stricken circumstances. Specifically, Mr. Obama touted the “Power Africa” initiative which would support the proliferation of electricity in the sub-Saharan region.

While the President did not visit Somalia during his trip, the progress made there captured his attention. Somalia is going through many of the same difficulties that plague other African countries such as drought, civil unrest, and economic conflict. With a lack of education and training, the people of Somalia struggle to overcome these situations.

Thankfully, with the help of the organization Adeso: African Development Solutions, many were able to escape their circumstances and become models of the immense potential Somalians hold.

Adeso has more than 20 years of history in Africa, being registered as a nonprofit group in Kenya, the United States, and England and Wales. They focus on garnering results by using the resources and processes that are familiar and accessible to those they are helping; drawing a solution from within a community. This is done with humanitarian aid, skill building, policy change, fostering communication, and working to bolster local economies.

Increased business is guaranteed to help the Somalian economy, especially in the wake of civil unrest. Despite lack of national cohesion and infrastructure, entrepreneurship can be a tool for uniting people. Mohamed Ali, a Somali refugee who has since returned to his homeland, has started the Iftiin Foundation to promote business values much like Adeso has. Citing that many Somalis are young and unemployed, building those skills and capacities early will promote peace and prosperity. Somalia has much to look forward to with partners like Adeso and the Iftiin Foundation.