Tag Archive for: Addressing Poverty in Bosnia and Herzegovina 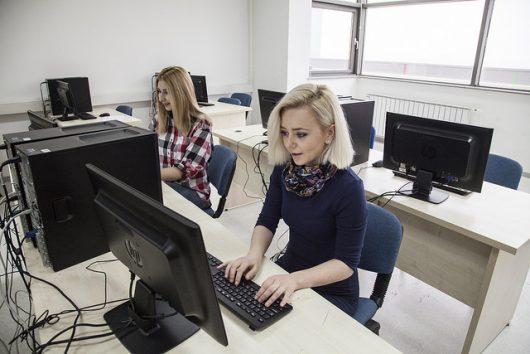 Bosnia and Herzegovina (BiH) signed the Dayton Accords twenty-three years ago to ensure peace throughout the country. However, Bosnians were left picking up the pieces from the war and many still deal with the mental, emotional and economic effects today. According to The World Bank, as of 2015, 16.9 percent of Bosnia and Herzegovina’s population lives below the poverty line.

According to an article by The Guardian, “Since the end of the war, political allegiance has been usually based on ethnic identity.” Many people throughout Bosnia and Herzegovina want an end to corrupt politicians and want their leaders to focus on the country’s economic stagnation and unemployment.

Why is Unemployment So High?

As stated above, the political system of Bosnia and Herzegovina is anything but simple. Due to ethnic and political divides, the country still deals with constant tension.

Many companies and investors were hurt by the war; therefore, investors are hesitant to invest in the country. This absence leaves Bosnia and Herzegovina to rely on its domestic companies. The government’s partition widely affects the security of the job market, placing a major hindrance on the people.

One major cause of poverty in Bosnia and Herzegovina is inequality in the workforce between men and women. Not only do women have unequal opportunities in the workforce, but there are a lack of women who participate in the workforce in the first place. In addition, women’s incomes are usually less than their male counterparts.

However, the country’s efforts to transform its workforce cannot be ignored. The country has implemented laws to increase women’s participation in the labor market, and have even enforced laws to ensure representation in politics. According to a report by the World Bank, “The Election Law of BiH stresses that election candidates’ list must include both male and female candidates. The number of candidates of the less represented sex must be at least equal to a third of the total number of candidates on the list.”

In this way, the program will reach out to help the government improve the effectiveness of labor market programs and implement an effective communication strategy to help job seekers. Several non-governmental organizations (NGOs) have also made efforts to help alleviate poverty, such as through a program run by UNICEF. UNICEF’s program helps Roma, one of the largest minorities in BiH), mothers by holding classes on nutrition, breastfeeding and raising healthy children in hopes of breaking the cycle of child poverty throughout the country.

Although efforts have been made, it is crucial that the country continues to work to end corruption, ensure gender equality in the workforce, work towards improving ethnic divides in order to address poverty in Bosnia and Herzegovina and secure a better quality of life for all its people.