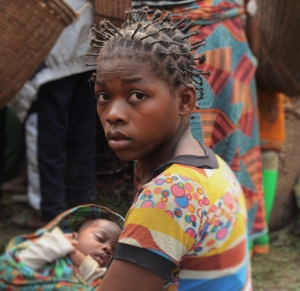 The Democratic Republic of the Congo (DRC) is ranked 19th globally for the percentage of girls who are married before they reach their 18th birthday (37%). A 2017 UNICEF study with this data also showed the DRC ranking ninth highest for the absolute number of child brides, at 1.3 million. These figures tell a story beyond girls marrying young — a narrative of recursive poverty and lack of education. But child marriage in the Democratic Republic of the Congo can be beaten. In fact, new programs for female education and community engagement are emerging every day to address this issue.

Identifying the Roots of Child Marriage

There are four main drivers of child marriage in the Democratic Republic of the Congo: poverty, armed conflict, adolescent pregnancy and cultural traditions.

Debout Fille operates across DRC in many rural and urban communities. The organization is working toward “eliminating violence and harmful practices and achieving universal access to education and sexual and reproductive health.” In South Kivu, a region heavily affected by the conflict between Ugandan and Rwandan rebels, Debout Fille is partnering with Women’s WorldWide Web (W4) to fight the cycle of child marriage. Through new “Digital Learning Clubs and Spaces,” girls and young women are learning about reproductive and sexual health. These clubs help girls establish “Girls’ Parliaments,” through which they can engage in community decision-making and political advocacy to oppose child marriage. “Parents’ Schools” are also working to engage and educate parents. Debout Fille is currently training 1,200 girls and local community members. About 37% of girls in the DRC marry before reaching their 18th birthday. Poverty, armed conflict, adolescent pregnancy and cultural traditions can all be causes of child marriage. Organizations like Debout Fille are working to decrease child marriage through things like sexual and reproductive health education. While this is just one solution, it is an important step toward using education to end child marriage in the Democratic Republic of the Congo. 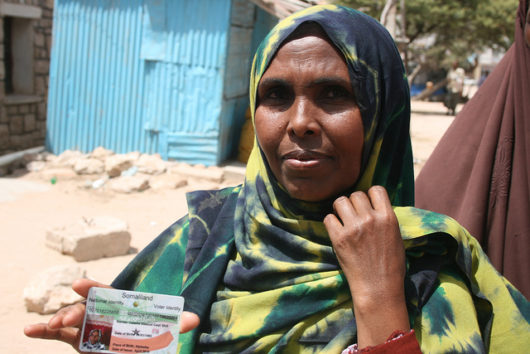 Empowering women has long been acknowledged as a key ingredient in reducing poverty and improving economic development. The United Nations (U.N.) has set 17 Sustainable Development Goals (SDGs) and gender equality underlies almost all of them. More specifically, the fifth SDG is set to achieve gender equality and empower all women and girls. As the World Health Organization (WHO) recognizes, these goals are interdependent, meaning gender equality is essential not only to the economic prosperity of the communities but for other important issues like health and sustainability as well.

Breaking these modes will require great efforts. Both legal and cultural strides need to change in order to counter deeply ingrained discrimination throughout societies. Studies by the U.N. and UNHCR found that women in conflict and poverty affected regions do not have adequate identification documents. These documents are necessary for achieving the benefits of civic and public life.

Access to identification closes the gender gap in the developing world, but a lack of awareness around the documents prevents women from obtaining them in some cases. Many believe that identification cards are only necessary for exceptional circumstances when in reality they are needed to make the most of social programs and civil rights.

Having personal identification cards in the developing world acts as an important stepping stone. In having the ability to access decisive services and claim entitlements as citizens, women are able to increase their voice and agency through civic participation, access to finances and voting. In assisting women’s social engagement, identification closes the gender gap.

All factors of the country development are intertwined. Women’s documentation is often essential to the peace process in some countries. Resolving the issue of land rights, for example, is crucial to the current conflict in Myanmar, and gender inclusion in the peace process is fundamental to reaching a genuine peace accord. The laws in this country allow women to register and co-register for the property even if they are not head of the household.

While progressive laws have been enacted, there lies a major gap between the law and the reality that women face. Cultural conventions exclude women from participating in land governing let alone a peace accord, making it essential that their names are registered to partake in community meetings. The decisions affect both women and men, making identification an important transition step in transforming cultural norms in poverty and conflict-stricken regions.

In 2012, four out of every 10 infants born worldwide were not registered with civil governments or authorities. Globally, 750 million children lack identification. A 2013 UNICEF survey found that there is no major disparity between the birth registration of boys and girls.

Evidence suggests that adult women, however, face gender-specific barriers to getting identification documents. Women must provide proof of marriage, additional family signatures and conduct many other steps in the process to obtain identification that men simply do not have to deal with. Unmarried women especially face discrimination as, without a male counterpart or marriage certificate, obtaining identification documents (IDs) is often impossible. IDs are also optional for women, although essential to accessing civic opportunities and required for men.

Increasing access to identification closes the gender gap by helping international organizations better plan and target gender inequality in poverty. The incompleteness of civil registration for women has generated holes in statistics and data for organizations like the World Bank to measure the progress of women in the developing world.

Equality is fundamental to building strong societies. Having active members at every level of a community makes the plight of poverty that much easier to conquer. Gender equality is no different. Ensuring that more than half of the population can do its part must remain at the foremost of poverty reduction endeavors.

While the legal framework with these notions in mind has changed for the better, an uphill battle in the mindset of the communities is much needed. Obtaining identification is the first step in employing available programs and in realizing the agency needed to transform the cultural barriers that devalue women. 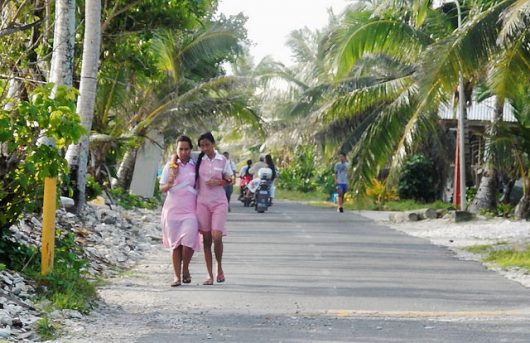 On the remote Pacific Island country of Tuvalu, the expectations for men and women are distinct. Women are expected to adopt a subordinate role, are usually less involved in politics and are not provided the same legal protections as men especially in regards to child custody or inheritance. If they work in the formal economy, they are generally expected to be teachers and nurses. Yet, Tuvalu has one of the highest gender development ratios in the Pacific Island region. At least in part, this favorable ranking is the result of the state of girls’ education in Tuvalu.

According to the Education for All 2000 Assessment, Tuvalu has had a longstanding commitment to universal access to basic education. The government has explicitly cited that a child cannot be denied an education based on their sex. However, proximity to the school and academic achievement continue to be the biggest barriers in secondary education.

Though pre-primary and primary schools are numerous, secondary schools are much more difficult to access. There are 18 Early Childhood Care and Education (ECCE) centers and 10 primary schools. Each of the 9 main islands has its own government primary school and there is an additional faith-based private school located in the capital, Funafuti.

While girls’ education in Tuvalu is provided throughout pre-primary, primary and secondary schools, girls are not allowed access to vocational training.  Vocational training in Tuvalu consists of The Tuvalu Maritime Training Institute (TMTI) as well as Technical and Vocational Education and Training (TVET) courses. These programs provide training for vocations that are reserved for men in Tuvaluan society such as farming, fishing, carpentry and welding.

Perhaps because women are unable to pursue the vocational training alternatives, girls are actually more likely to progress to secondary school than their male counterparts. Prior to secondary school, in pre-primary and primary schooling, females account for a little under half of the student population.

This is reflective of the nations demographic of which females make up a little under half of the nation’s population. However, according to the 2015 National Educational Review report, females consistently make up nearly two-thirds of the student population enrolled in secondary school.

Girls generally outperform their male counterparts throughout their educational careers. In 2013, 64.2 percent of girls who sat for the NYEE passed the exam. Only 58.6 percent of boys passed the exam that same year. As a result, 12 boys dropped out of school that year. Only one female dropped out.

Following secondary school, both genders have access to tertiary education. Both The University of South Pacific and Fiji National University have campuses in Tuvalu, and more programs can be explored in Australia and New Zealand.

A Positive Future For Women in Tuvalu

Tuvalu’s current strategy to address gender inequality in the country is outlined in a document called Te Kakeega III. The country intends to amend gender-biased laws by the year 2020. Furthermore, the country is actively promoting women’s political involvement. As a result, more women now hold positions in the health and education sectors as well as some top positions in several non-government organizations.

And they are not alone, other groups, like Pacific Women, are working to change the way that women are seen in society to bring about gender equality. Their three-year plan will invest 1.8 million while working with the Department of Gender Affairs to give a voice to the women of Tuvalu.