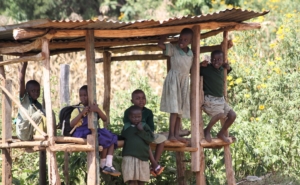 There are an estimated 218 million children as young as 5-years-old employed and exploited around the world. Countries with child labor often force and coerce children to work for free and many cases go undocumented due to child homelessness in impoverished areas. The International Labor Organization defines child labor as work that deprives children of their childhood, potential and dignity, and harms them physically and mentally.

Where Child Labor is Most Prevalent

Some of the worst cases of widespread child labor are Africa and Southern and Western Asia. A huge factor in child labor is poverty. These areas often poorly develop their educational systems and many children who work do not enroll in school at all.

In Nigeria, over 15 million children under the age of 14 are child laborers. Girls often start earlier than boys in domestic help positions, but both work in agriculture, fishing, mining and construction. Often, child labor is essential to the income of the households these children live in. Children work in similar positions in India where 33 million children ages 5 and older work manufacturing jobs.

This is not the worst form of child labor, however. In Somalia, people often force children into the armed forces. In 2018, military forces —both state and non-state—recruited 1,800 children. People also force many girls into sexual servitude and multiple clan militias in other countries use child soldiers. Afghanistan has been using children in war since the 1980s and with the continuing violence, there have been reports of 3,179 cases of children suffering killing or maiming because of conflict violence.

The Harm it Causes

Child labor, forced or voluntarily, exponentially stunts a child’s growth. Childhood is an important part of development, and putting children in dangerous and mentally-straining environments causes emotional damage and even kills some children. Countries with child labor put children to work in places where they are in danger of suffocation, drowning, amputation or even heavy equipment crushing them. Child labor is responsible for 2.78 million deaths and 374 million illnesses. Children who work at young ages often do not have the resources or opportunities as an adult to work; this leads to generational poverty.

Action Against Child Exploitation (ACE) is an NGO that focuses on ending child labor. Founded in 1987, its project areas are Japan, India and Ghana. It has saved over 1,000 children from child labor, as well as supported education for 13,000 children. It works to stop child labor in cotton and cocoa production since 70 percent of child workers are in agriculture.

The Global March Against Child Labor is an organization of trade unions, teachers and civil societies that work to eliminate all forms of child labor and slavery and provide and ensure education. The movement started out as an 80,000 KM cross-country march against child labor in 1998. Today, the organization works toward the development of countries, education children, elimination of sex-trafficking and research on laws and policies in countries with child labor.

Despite years of work against child labor, it is still a problem in many countries. Due to the lack of educational facilities, economic failure and extreme poverty, there is not a simple fix to the problem. What people can do is conduct research, raise awareness and reach out to their Congress members. There have been laws to protect children from others forcing them into work or military, but people are still doing little to enforce those laws. It will take many more years of effort, economic growth and child labor reformation to eradicate the continuing issue of child labor.