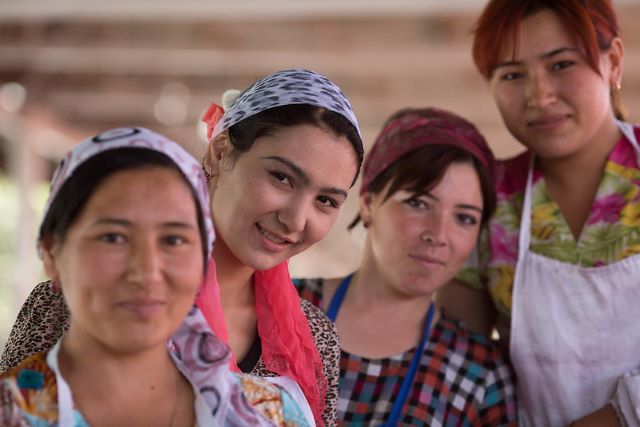 After the dissolution of the Soviet Union, Uzbekistan, like many post-Soviet nations, experienced a surge of conservative culture amongst the ruling elites and the general population. This surge led to the implementation of policies that were more restrictive to women than the previous Soviet policies had been. Women in Uzbekistan have long been excluded from policymaking. Now, women in Uzbekistan are taking to activism to ensure their voices are heard.

ACTED Uzbekistan is an organization that works to uplift the voices of women and girls throughout the country. It is a European Union-funded project that raises awareness for women’s issues and helps to mobilize women who otherwise may have been unsure how to begin. In addition to fieldwork, ACTED Uzbekistan also works to generate a report every year that analyzes the gender equality status in the country and offers suggestions on how to increase equality. Through the implementation of this project, a greater number of female activists have been able to claim platforms and affect policy.

One of the largest issues for activists currently is child marriage within the country. Though the law requires that girls be at least 17 years old before they are married, families have begun to pursue more religious ceremonies that legally eliminate the need for a civil union. As more girls are married off young, the amount of women in higher education and public office decreases and the cycle of discrimination continues. To combat this, organizations such as UNICEF and Girls Not Brides have partnered with the country’s Committee of Women to raise awareness of the detriments of child marriage, help young brides in danger and push for legislation that will end this practice once and for all.

Another issue that has generated a lot of female activism has been the fight against HIV/AIDS in the country. Roughly 50,000 people in the country are currently living with the disease, according to UNAIDS, but through activism, the numbers have come down in the past few years. Organizations such as the Day Center for HIV Affected Families gather volunteers, many of them HIV positive themselves, and they work to provide assistance to struggling families while also providing educational material on HIV/AIDS and how to prevent it. Many of these activists are young women who were born HIV positive and who are committed to helping others like them.

In addition to the aforementioned activist initiatives, a large movement has begun in the country to identify and counter domestic violence. Like many nations, domestic violence in Uzbekistan is still seen as a personal issue and there are no provisions in the law that prohibit violence perpetrated by a spouse or parent. Both the official Women’s Committee and nongovernmental organizations have worked to combat this issue, with the Women’s Committee focused mostly on establishing crisis centers and shelters and NGOs promoting awareness and education on the issue. With both of these measures applied in conjunction, the country is slowly starting to recognize domestic violence as an issue.

The Necessity of Women’s Activism

As the United Nations and many NGOs have stated, women’s activism is necessary for progress. In Uzbekistan, this is evident by all of the work women have done to increase female participation, counter disease and help other women in need. The work gives evidence to a brighter future for women in the country but also for the people of Uzbekistan at large.