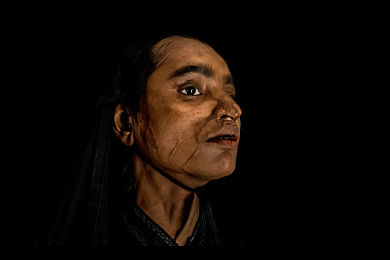 Around the world, acid attacks affect the futures of around 1,500 people every year. The majority of these crimes take place in India, Cambodia, Bangladesh, Pakistan, Nepal and Uganda.

The attacks are mostly used as punishments or revenge for slights against the perpetrator. Some women are attacked because of their beauty, particularly if their beauty draws unwanted glances. One-third of women do not even know why their attacks occur.

Children are often second-hand victims to attacks on their mothers. One woman was attacked while breastfeeding her infant and both suffered severe burns.

Men are also victims. In Uganda, 45 percent of the attacks are against men.

Administrations typically downplay these attacks. Many countries have passed new laws to increase punishments, but these are not always enforced. In Cambodia, acid attacks are punishable by up to 10 years in prison and a $5,000 fine.

There are also laws regulating the sale of acid, which is currently available in many places for a few cents per bottle. After the regulation was passed, there were fewer attacks, but it is hard to completely regulate the intent for the purchases.

Most perpetrators are never prosecuted for their crimes.

Their victims suffer from gruesome deformities. Acid destroys skin, clothing, and hair, and in high concentrations, it can melt bone. In some cases, victims are tricked into drinking acid and suffer from internal damage. Victims must deal with perpetual health issues, even after the attacks.

Recovery is elaborate and expensive. The multitude of surgeries is often unaffordable for victims.

The physical and mental suffering attached to these crimes prevents many victims from living their lives. Many end up blaming themselves. One mother lamented how her appearance scared her own children.

Even if they are willing to go back into society, victims are often ostracized. One mother said that her in-laws show pictures of her to her children and tell them she has turned into a monster. Her husband was her attacker.

The combined lack of self-worth and societal support makes it difficult for these victims to find employment after their attacks. Many attacks are perpetrated by men against their wives, and when they cast them out, these women often have no source of income.

Most places will not hire victims with their deformities and it is often foreign charities that provide any work at all. Many women attempt to cover their scars with burkas, but this often does not hide the crime.

Some victims do work to rise from their past. This is often done with encouragement from supportive family or friends. One woman is pursuing a degree in finance after her husband attacked her.

Recently, a group of female victims were given the opportunity to act as models for Rupa Designs. They were wearing designer clothes, and it provided a way for them to still feel wanted by society. The goal of the photo shoot was to motivate women to move past their attacks and recognize that they can still realize their dreams. The shoot was organized by Stop Acid Attacks, an organization that works with survivors.

Other organizations, like the Cambodian Acid Survivors Charity and the Acid Survivors Foundation also offer services for victims. Some groups offer free surgical care, physiotherapy, counseling and financial support to survivors. They also educate communities about the realities of acid attacks and the needs of victims afterwards.

The lives of both men and women are affected by these attacks, and it causes irreparable damage to their lives.  Countries and organizations are working to end the violence, but there is still work to be done.