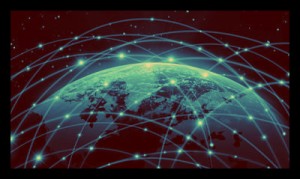 The 13th Infopoverty World Conference was held in New York City last week. The focus of the United Nations-founded technology conference was “Innovations for Nation-Building and the Empowerment of People.” The conference was established to share new advances in the use of technology to solve problems in the developing world.

One tool that received a great deal of interest was a system that allowed ultrasounds to be taken in a rural location while the data was transferred to a doctor in a city hospital. Such a device makes ultrasounds more easily available for people living in rural areas while also offering the service at a lower cost to the patient and hospital. The Chinese company iMedcare Technologies Co. is responsible for the invention. By using real-time internet camera tools and simple on-site machinery, simpler medical tests such as ultrasounds may be conducted. This advancement in the medical field may eventually lead to a large variety of tests that could be run remotely in real-time.

Instead of doctors, residents of the rural areas could be employed and educated about the on-site machinery and doctors would be able to keep living near and seeing their many patients in more urban areas. While doctors would have to be present in person for more involved operations, this innovation in medical procedures may save lives by making medical care more easily available for many people in poor rural areas.