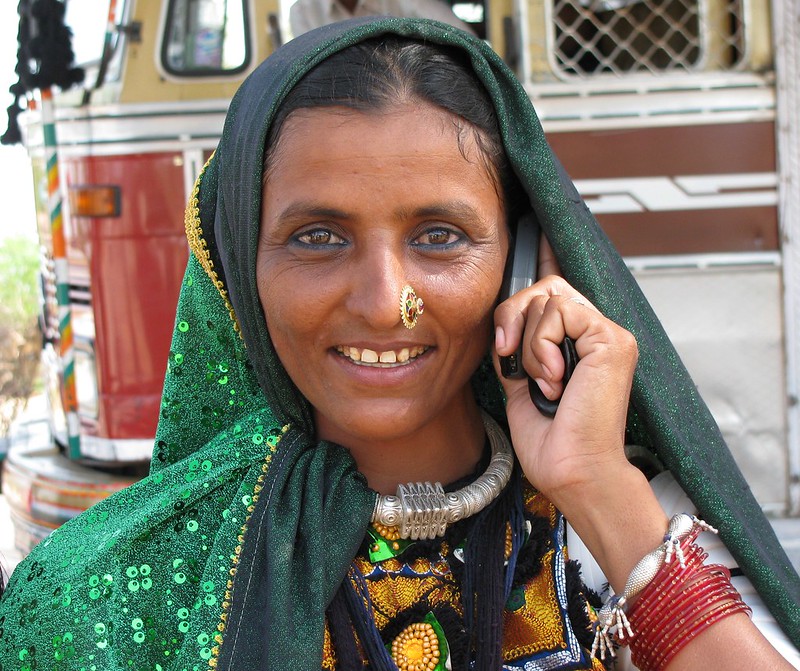 The recent technological revolution booming in the developed world is showing positive results. To that end, many people are urging the distribution of these technologies to developing countries like India. Rural villages in the country have largely not been part of the mobile phone trend. Even certain urban areas remain hidden from these new technologies. Several nonprofit organizations and recent government movements have vowed to fight this reality, looking to increase the availability of cell phones and cell phone data in India. Here are three ways India is using phones to combat poverty.

Many rural villages in India focus on agriculture as their primary form of livelihood. Most farmers only earn around $2 per day. In 2010, a nonprofit organization based in San Francisco, mPowering, partnered with a charity working in Orissa, India to distribute mobile phones to village residents. mPowering relied on cell phone towers in the area to give farmers and other rural families more functionality. The nonprofit’s initiative, conducted in the Indian village of Juanga, saw a 19% increase in its school attendance for children. In addition, more women were able to gain access to important health care needs through a so-called point system loaded onto communal phones. People can then redeem these points for commodities like food and clothing. As a result, the Juanga experiment found a 67% decrease in reported diseases.

The Indian government has developed a scheme to hand out phones to children and impoverished families because more than 10% of Indian families cannot afford to purchase a cell phone. During the COVID-19 pandemic, the country is distributing phones to children learning online. In the Punjab region, 75 million children should receive a handset. These initiatives are a direct response to the rising fear that more than 24 million children worldwide could lose access to proper education.

According to a UN report, if online school without other alternatives continues, this very fear might become a reality. The Indian government’s push to include children in its mobile phone plan is just one step to introduce mobile devices to the general population. It has also developed a $6.65 billion scheme to increase the production of electronic goods within the country. The move has helped increase the number of phone manufacturers in India, which rose from two to more than 200 in just a few years.

Estimates show that more than 900 million Indian citizens do not own a smartphone or have access to the internet. However, recent economic growth has turned India into a leading market for cheap phone data options. As a result of this spark in data growth, companies developed a variety of cell phones and cell phone software to reach a wider demographic. There are currently more than 100 smartphone brands that dominate the Indian cell phone market, with Chinese manufacturers holding more than 75% of the space. Recently, companies like Apple have begun to market lower-end budget phones to expand their outreach in India as well. Growing demand and relatively low tariff rates have allowed mobile phone markets to gain millions of users in mere months. The launch and future cultivation of 3G and 4G networks are only expediting initiatives that use phones to combat poverty.

The expanding economy in India is allowing newer technologies to reach a wider range of consumers. The target audience in the country has slowly shifted from urban individuals to inhabitants of impoverished rural regions. As India’s economic prosperity grows, using phones to combat poverty ensures that people receive more education, are better off and experience inclusion. 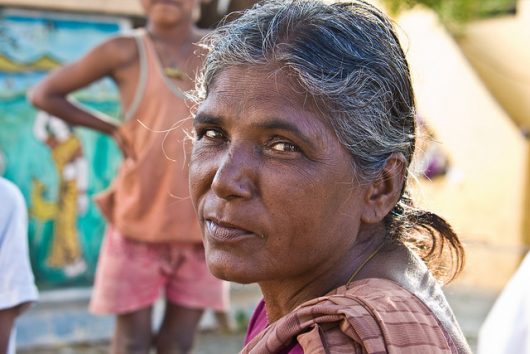 In India, a fisherman’s business has been revolutionized by cell phone usage. Vijay Navle sells fish to be exported from India and before he was able to use a cell phone, he had to spend most of his days physically visiting all his suppliers to know what was available. But since he and the other fishermen gained mobile phones, they can call each other easily and communicate stock, pricing and shipment, demonstrating how cell phones lead to poverty decline.

A Hub For Connection

In fact, Navle states: “I can immediately inform my customers that there’s a big catch coming in fresh and we get a better price for it.” Enhanced communication has allowed the business to grow more efficient and profitable for the lower-income workers in this industry.

In fact, India is the fastest growing market for cell phone usage and other new technology. From 2000 to now, the number of wireless subscriptions has grown from a little under two million to over 1 billion.

The access to the internet via smartphones has revolutionized many aspects of life across India. In Orissa, one of India’s poorest states, the non-profit mPowering creates incentives via apps to get children to attend school and reward mothers for attending health care classes.

These efforts are part of their campaign to reduce infant mortality and illiteracy in the area. The points earned can be redeemed for clothes, food and medicine every month. In the first year of the program, the percentage of children attending school had already increased for 52 to 71 percent and disease rates had fallen.

Financial Stability On the Rise

The use of the internet has also allowed financial stability to become more accessible to Indians. Besides free, educational information that they can access, the government of India is working to change life for rural agriculture workers by providing them with banking.

Since only 27 percent of villages have banks within five kilometers, the government is focusing on growing the mobile banking industry and licensing new banks. Cell phones also allow the agriculture industry to become more efficient and profitable, as the cell phones lead to poverty decline in rural areas.

The increased accessibility to cell phones still promises some growth. As mobile phones allow Indian people to be more successful, there is an increased demand for new technology — cellular and otherwise.

Cell phones lead to poverty decline across the nation, and the market for providers is competitive. Low prices for internet access promise connectivity to families all over, as technology becomes their greatest asset in improving their lives.