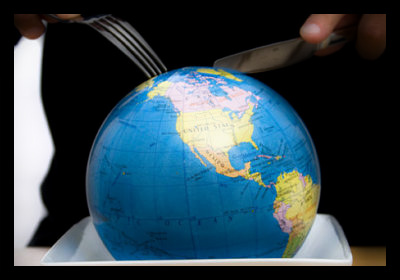 You have been asked to write a school report on world hunger.  What kinds of information would you find and possibly include?  Well, as a start, hunger is defined as “the continuing deprivation in a person of the food needed to support a healthy life.”  For millions of people around the world, food insecurity and hunger are a daily part of their lives.  Millions of human beings, young and old alike, are not getting enough vitamins and minerals their bodies need to properly function, causing damage to their health and ultimately destroying their lives.

World hunger is a problem that can be solved.  The first step is being educated on what it is.  Below is a list of ten world hunger facts to help get you started.

1. Out of the nearly 7 billion people in the world, there are roughly 870 million who are hungry (more than the populations of the United States, Canada and the European Union combined).  This means that around 12 percent of the global population is undernourished, consuming less than the minimum amount of calories necessary for strong health and growth. Tweet this fact

3. The majority of hungry people (nearly 98 percent) live in developing countries, with over half in Asia as well as the Pacific and a quarter in Sub-Saharan Africa.

5. Women account for 60 percent of the world’s hungry.  The number of those hungry could be reduced by up to 150 million people if female farmers had equal access to resources.

8. The world produces 10 percent more food than is needed to feed the entire globe. International trade and distribution imbalances affects poorer countries the most, as food tends to get distributed to those with the most money.

9. According to the World Health Organization, 1 in 3 people in developing countries face vitamin and mineral deficiencies, with deficiencies in vitamin A, iron and zinc ranked among the leading causes of death through disease.

The above statistics are meant to serve as a preliminary overview of world hunger.  When writing any report, it is important to think critically about the statistics and facts you come across.  A critical thinker will dig deeper into the causes and consequences of an issue, and what can or should be done to address it.

Stand out among your classmates and focus on a specific aspect of world hunger that allows you to develop a meaningful analysis and conclusion.  The first step to becoming an advocate for change starts with knowing your cause and all the factors that surround it.