Tag Archive for: Access to Health Services in Timor-Leste 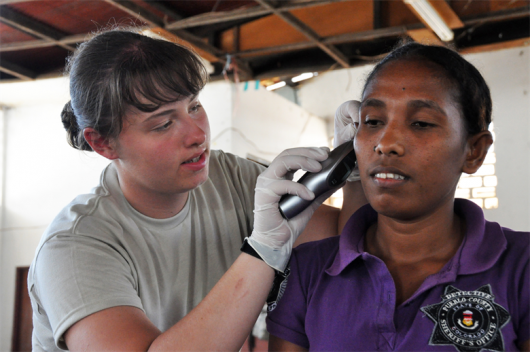 Timor-Leste is a young country, and has been facing many difficulties since its independence. One of these difficulties is trying to improve the currently underdeveloped healthcare sector of Timor-Leste.

Timor-Leste only officially became a sovereign nation on May 20, 2002. This came after years of violence and turmoil that led to much of the infrastructure in the nation being destroyed. With the destruction of this infrastructure, along with the casualties caused by the violence, many citizens of Timor-Leste were left unemployed and living in poverty. Another result of this violence was the sudden decline in healthcare professionals. Many of the nation’s doctors and specialists left the country during this time, leaving the healthcare sector of Timor-Leste unable to adequately care for all of its citizens.

This combination of poverty and lack of healthcare professionals has been problematic in Timor-Leste in recent decades. In 2017, 41.8 percent of the population of Timor-Leste was living below the poverty line, and as a result of this poverty, many individuals do not have the means to travel long distances when seeking medical attention. Due to the lack of healthcare professionals, clinics and hospitals are not easily accessible to all parts of the nation. Because of this, many individuals cannot get treatment for illnesses that would otherwise be preventable, and this leads to an increased spread of disease.

Improving the Healthcare Sector of Timor-Leste

Part of the government’s plan to improve health services is to increase the number of health facilities in Timor-Leste. By 2030, Timor-Leste intends to have enough health centers to service the entire nation and to have each center equipped with the professionals needed to properly run it.

In addition to the government of Timor-Leste recognizing the importance of improving the healthcare sector of Timor-Leste, independent organizations in the nation are also working towards achieving a healthier Timor-Leste. The Jesuit mission in Timor-Leste opened the Centro de Saúde Daniel Ornelas health center in September of 2017. This health center will provide medical services to the students and staff of Colégio de Santo Inácio de Loiola and Instituto São João de Brito, as well as the local community of Ulmera and the greater Liquiçá district. The citizens in these areas did not have sufficient access to healthcare facilities in the past, and the opening of this health center will help to meet this need.