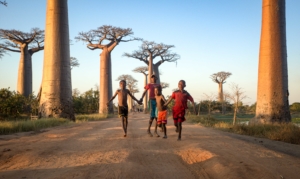 After working in Rwanda with Partners In Health, PIVOT founder Matt Bond saw the importance of statistical analysis when it comes to long term change within a healthcare system. Bond aspires to have a lasting impact on Madagascar’s health system. In addition, he develops interventions that can be implemented across the world to help improve health conditions. With the support of the Harvard Medical School, PIVOT focusses its efforts towards interventions that have significant statistical results within Madagascar’s medical system.

PIVOT has established its goal to improve accessibility to healthcare facilities. Around 60% of the population lives more than three miles away from a medical facility. Additionally, many communities are unable to access medical treatments due to the uneven distribution of medical professionals and supplies. This issue is highlighted with the current COVID-19 pandemic. As of May 19, 2020 Madagascar has confirmed 322 cases of COVID-19. Madagascar has a Healthcare Access and Quality index rating of 29.6 out of 100. This is well below the sub-Saharan average rating of 40 out of 100. A healthcare system with such a low rating may struggle with the increased demand for medical attention. Madagascar’s government has set a strict curfew in order to reduce the spread of COVID-19, however, the healthcare system will still be challenged by the pandemic.

The initial studies conducted by PIVOT began in 2014, with 8000 subjects to be followed up with every 2 years. The study collected data on over 840 variables, from basic demographics to access to healthcare. The long term studies aim to identify changes in mortality rates and access to medical resources. In addition, this extensive study required collaboration with the National Institute of Statistics of Madagascar. The results indicated maternal mortality rates to be one in 14, twice the estimated previous national Madagascar health predictions.

Astrophysicist Jim Herrnstein, helped Bond found PIVOT and their data focussed approach to healthcare in Madagascar. Herrnstein believes that the scientific method used to back PIVOT’s interventions highlights which projects are beneficial to the overall health of Madagascar’s population. The data suggest that single-layered interventions such as providing mosquito nets are important. However, it does not offer widespread and long term solutions. Initiatives such as hiring and training healthcare workers have decreased maternal mortality rates and increased delivery care accessibility by 20%.

The data collected is not just based on Madagascar’s population; PIVOT also researches and tracks environmental factors that can affect health and well-being. These studies focus on the environmental factors that contribute to malaria rates, childhood diarrhea and access to healthcare. The environmental terrain is an obstacle itself when it comes to healthcare access. Between 60-70% of Madagascar’s people will travel between three to six miles by foot to reach medical facilities. Additionally, only 34% of the population has access to clean water, which contributes to the rates of communicable diseases.

PIVOT has proven the importance of using data to support healthcare interventions in Madagascar. The organization’s scientific approach has allowed them to target specific elements within Madagascar’s healthcare system to most effectively improve the medical environment. PIVOT continues to track the population’s well-being and use of medical facilities to ensure their programs continue to benefit the health of Madagascar’s population. 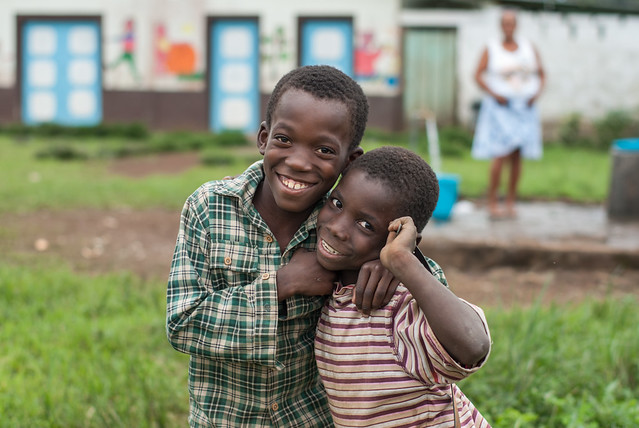 Around 50 million people experience recurrent and unprovoked seizures globally. People living with this condition have many triggers for these seizures such as psychological stress, missed medication and dehydration. Half of those living with the disease also have additional physical or psychiatric conditions.

While the physical toll of epilepsy is difficult to manage, the emotional toll is equivalently burdensome. In many countries, a large stigma surrounds patients as people perceive those with the disease as insane, untreatable and contagious. As a result, epilepsy affects people’s education, marriage and employment opportunities. The exclusion of epilepsy patients from society can even lead to increased mental health issues and delay access to proper healthcare treatments.

Epilepsy is a treatable condition if people have access to anti-seizure medication. However, roughly 80 percent of all cases are found in low or middle-income countries. Three-quarters of epilepsy patients living in low-income countries do not have access to life-saving treatment. This fact has sparked a movement in global organizations to raise more awareness about the issue of epilepsy treatment in developing countries.

Up to 70 percent of people living with epilepsy could become seizure-free with access to treatment that costs 5 dollars per person. In order to address this treatment gap, epilepsy awareness must be prioritized in many countries. The WHO suggests that by labeling epilepsy as a public health priority the stigma surrounding the disease can be reduced. The organization believes that preventing acquired forms of epilepsy and investing in better health and social care systems can truly make a difference in alleviating millions.

Since 2012, the WHO has led a program centered around reducing the epilepsy treatment gap. The projects were implemented in Ghana, Mozambique, Myanmar and Vietnam, and utilized a community-based model to bring early detection and treatment closer to patients. Over time, the program yielded some major results in each of the countries it assisted.

Within four years, coverage for epilepsy increased from 15 to 38 percent in Ghana. The treatment gap for 460,000 people living with epilepsy in Vietnam decreased by 38 percent in certain regions. In Myanmar, over 2,000 health care providers were trained to diagnose and treat epilepsy, and around 5,000 community stigma awareness sessions were held. Continued efforts like the ones found in these countries can help spread treatment to regions of the world that need it most.

The ILAE is another organization raising awareness around epilepsy treatment. The organization consists of health care professionals and scientists who help fund global research for treatment and potential cures to epilepsy. The major goals of the League are to spread knowledge about epilepsy, promote research, and improve services for patients globally.

With six different regions, the ILAE finds various ways to reach its goals of promoting epilepsy awareness, research and access to care globally. For example, the African region will conduct the 4th African Epilepsy Congress in Uganda to share new developments in epilepsy research in August 2019. These types of Congresses are held once a year in certain regions to continue spreading new information effectively.

The ILAE regularly publishes journals to show research findings and breakthroughs in epilepsy treatments and cures. The organization also provides information to patients themselves on topics such as psychological treatments, diet therapies and information for caretakers. With so many resources available, the ILAE has done a major service by spreading information about epilepsy treatment in developing countries.

The IBE focuses primarily on improving the social conditions and quality of life for people living with epilepsy. By addressing issues such as education, employment and driver’s license restrictions, this organization helps create environments free of detrimental stigmas. The IBE’s social improvement programs, designed for people with epilepsy and their families, are some of the main ways this organization impacts epilepsy awareness.

International Epilepsy Day is an example of an initiative created by this organization to promote awareness in over 120 countries. On that day, many global events are held to increase public understanding of epilepsy and new research developments that are available. In addition, the Promising Strategies program also funds initiatives improving the quality of life for people living with epilepsy. The program supports 81 projects in 37 countries and provides $300,000 in support of the projects. For example, Mongolia: Quality of Life was a program designed to improve public knowledge and reduce stigma in Mongolia after the number of epilepsy cases increased by 10 percent in 2004. Soon after the program started in 2008, the quality of life in Mongolia for people with epilepsy increased and better services were given to those in need.

These three organizations often collaborate to create new programs to spread information about epilepsy treatment in developing countries. By raising awareness of the condition and providing better healthcare services, the efforts of these organizations have created a more inclusive and helpful environment for those living with epilepsy in countries around the world. 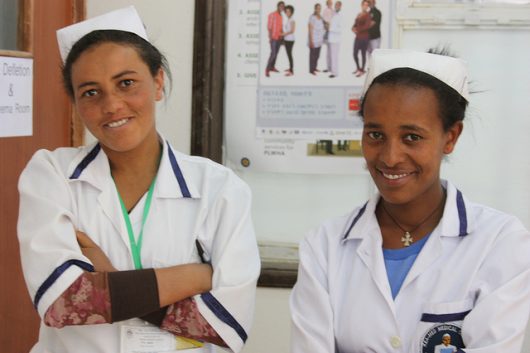 There are many barriers to residents obtaining proper health care in Ethiopia. It is estimated that 76 percent of Ethiopian women live in rural areas and do not have access to health care due to long traveling distances with lack of transportation.

Why Better Health Care in Ethiopia is Necessary

There are 1,949 health stations and 141 health centers in Ethiopia. Many of these facilities do not have a physician present to provide care. Therefore, many people, particularly women, do not want to travel long distances to a facility that may not have a proper physician to provide care. This is especially true for women that must travel alone because of the high rate of rapes and abductions that take place in Ethiopia.

There is a great need for proper health care in Ethiopia when disease is responsible for 74 percent of deaths. The conditions that are most responsible for deaths include malaria, acute respiratory infections, nutritional deficiencies, diarrhea and HIV/AIDS. In 2009, there were 1.7 million cases of malaria reported and 1.1 million cases of HIV/AIDS. Ethiopia is ranked third in all of Africa and eighth in the entire world for the most cases of tuberculosis.

Ethiopia’s government has been largely focused on battling famine which is why the health care system has suffered. However, in 2012, the government built 13 new medical schools and increased the enrollment in the already established schools. The government has proposed that with the estimate of 85 percent of the rural population not having access to health care in Ethiopia, a large barrier is the lack of physicians available in the public sector.

A study in 2009 that surveyed how many physicians were working in Ethiopia showed that there were 2,152 physicians in the public sector (about one physician for every 42,000 patients). The same survey showed that 73 percent of physicians that graduated from a residency program in Ethiopia either left the public sector to work privately or immigrated overseas for more income. The government has made efforts to increase the number of residency programs to train more doctors and surgeons. However, the increase in students is not enough to support the population.

The deficit of surgeons is even greater than general physicians. Until 1980, all surgeons were trained outside the country and there were roughly three surgeons to every 1,000,000 patients. This improved when the Tikur Anbessa Hospital established the first surgical residency program in 1980 and has since continued to improve.

Since 2005, there have been seven more surgical residency programs added that have incorporated subspecialty training such as neurosurgery, urology, cardiothoracic surgery, plastics and reconstructive surgery. This program accepts only 25 new residents a year and each student will rotate between six different hospitals around the city of Addis Ababa.

How the Government is Battling the Issue

The local government has decided that increasing the number of students and graduates will decrease the physician shortage which is currently the worst barrier of proper health care in Ethiopia, but the increase in student enrollment has compromised the quality of physician training. One factor that contributes to lowering the quality of training is the limitation of resources; there are on average 30 students to one cadaver.

Another damaging factor to the quality of medical training due to the increase of enrollment is the lack of instructors. There are not many incentives in teaching students, therefore recent graduates with little clinical experience are asked to instruct the new students.