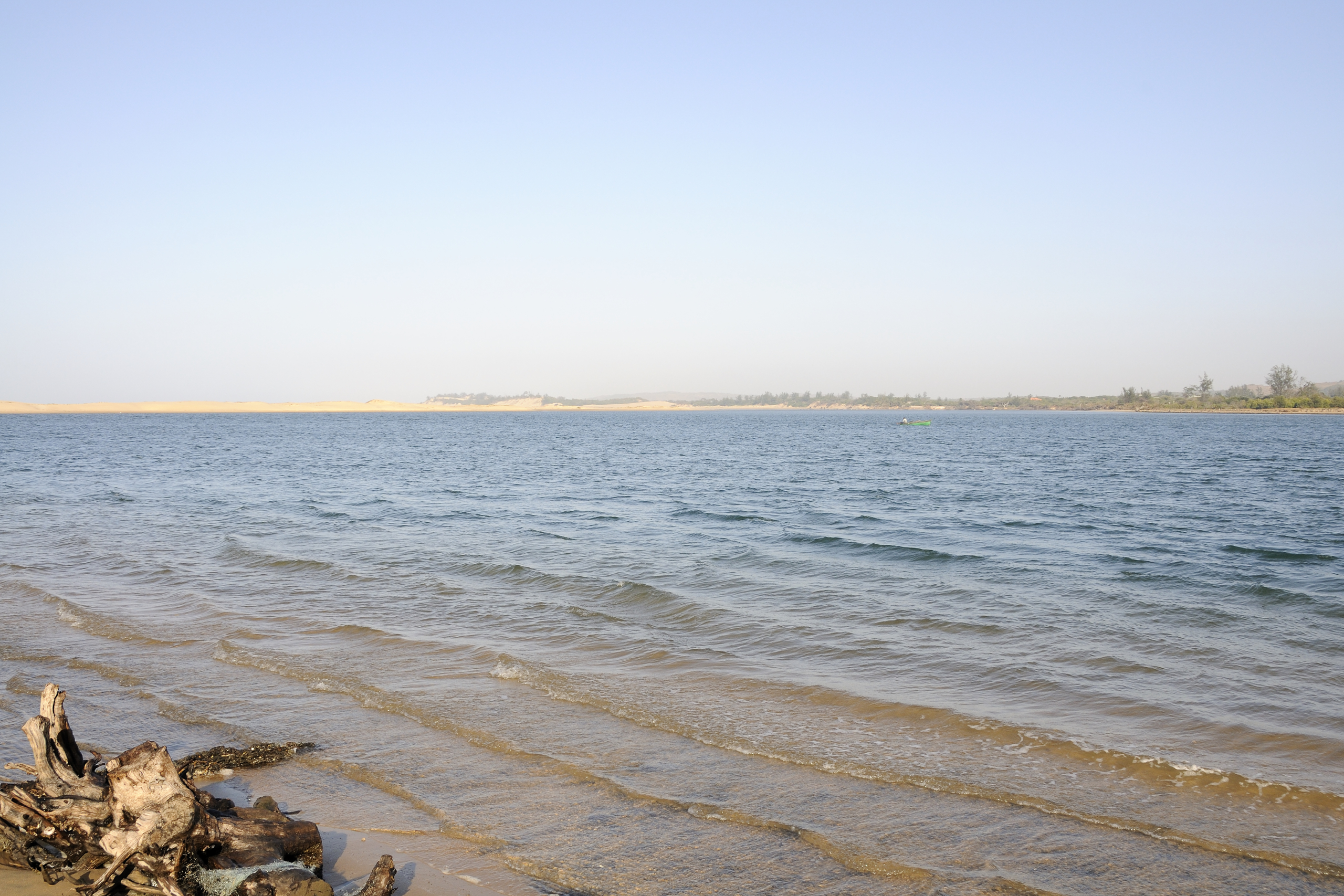 The Gaza Strip has a population of 1.7 million, which is expected to grow to 2.1 million by 2020. The demand for clean water access will also undoubtedly increase. In lieu of rivers or streams, the region has thus far had to survive by drawing water from its lone coastal aquifer. However, water is being extracted at a rate of 47 billion gallons per year and has far surpassed its annual rate replenishment of around 16 billion gallons.

This has caused the aquifer to fill with salinated water from the Mediterranean. Estimates show that approximately 90 percent of the water drawn is unsafe to consume. In addition to the seawater influx, the aquifer is contaminated by untreated sewage. Roughly 90,000 cubic meters of sewage flow from Gaza to the coastal waters.

The demand for water has caused many unregulated vendors to begin selling water to make a profit, but roughly 80 percent of the water sold by street vendors is also contaminated. The desperation of Gazans, however, has become increasingly apparent. As many as 4 out of 5 will resort to purchasing potentially unsafe water by these private sellers.

In addition to a possibly serious health risk, this also places an economic strain on many Gazans. “Some families are paying as much as a third of their household income on water,” states June Kunugi, a UNICEF representative for Palestine.

In response to Gaza’s water crisis, UNICEF has worked to complete 18 small desalination taps where residents can draw water free of charge. Also provided, are 3 brackish (mixed fresh & saltwater) plants that are capable of desalinating 50 cubic meters per hour and 10 plants capable of treating 50 cubic meters per day. In total, these plants are estimated to provide water for 95,000 residents.

In 2013, the European Union (EU) announced a collaboration with UNICEF to build a major seawater desalination plant. The project was made possible by a €10 million grant provided by the European Union. The plant is projected to provide 6,000 square meters of water to residents of the two cities.

In an announcement of the project, European Union Representative John Gatt-Rutter stated “The launch of construction work on this seawater desalination plant, offers the prospect of access to clean water for many thousands of families in Khan Younis and Rafah. It forms part of the EU’s wider commitment to improving the lives of Palestinians in both Gaza and the West Bank, particularly in the area of water, sanitation and solid waste management.”

The 18 km pipeline that divides water between the cities of Rafah and Khan Younis was recently completed, marking the first step towards a monumental solution. Once the plant is completed in late 2015, it is expected to be capable of providing clean water to more than 75,000 Gazans. 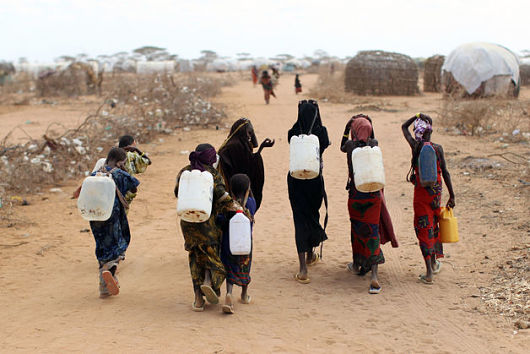 A total of 97 percent of the world’s water is undrinkable salt water. Desalination is possible but prohibitively expensive for some countries to consider serious investments. The United Nations estimates that by 2025 two-thirds of the world population will be living in water-stressed conditions, and 1.8 billion will be suffering from absolute water scarcity. Access to clean water is becoming an increasingly important issue that must be addressed directly and with force to avoid potential ramifications.

Increasing water scarcity is being brought on by a few different factors. Climate change is causing changes in weather patterns, which means irregularities in how water is naturally distributed and deviating from historical norms. Another important factor is the increasing global population. Feeding and providing for billions of more people is going to exacerbate the already precarious clean water supply situations in many places. The threatening implications of water scarcity are enough to have been included in the 2014 National Intelligence Strategy report which outlines what the intelligence community believes to be the biggest issues to pay attention to in the coming years.

The scarcity of resources is a common cause of conflict and water is no special case. Worsening conditions of water scarcity will have the potential to cause great social unrest. Between 24 and 700 million people may be displaced due to water scarcity in arid or semi-arid regions by 2030. Keeping in mind the effects climate change will have on displacing people by shorelines, and the number of displaced persons grows to huge quantities. Decreasing stability across water-scarce regions will sow the conditions for water wars.

Some believe that water wars have already begun. The Six-Day War between Israel and other Arab nations was believed to be in part due to issues with controlling the local water supply, and many believe the Middle East will likely suffer more conflicts over water in the future if the current predictions come to fruition.

Even the phenomenon of water refugees has already begun. In Sao Paulo, Brazil, the recent water crisis in the city of 20 million has begun to force some people to actually leave the city and move into the countryside to seek water stability.

Clean water shortages will have a huge impact on the poor. Water shortages can cause regional civil and social instability, food instability due to less water for agriculture and of course, the lack of drinking water necessary for life. All these potential side effects would directly perpetuate the cycle of poverty that already acts like an undertow from a wave of water. More attention must be paid toward methods to reduce water shortages, such as being more conservative with water use and thinking about investing heavily in water desalination plants across the world.

Catarina de Albuquerque, UN Special Rapporteur on the human right to safe drinking water and sanitation, recently finished her week-long visit to Kenya, where she observed the status of the population’s water.

Although access to water is a constitutionally protected right in Kenya, Albuquerque commented that the conditions in the nation are “not only an absolute denial of the right to sanitation, but also a serious threat to public health and the security of women and girls who have to walk into the bush at night. These women and girls are exposed to daily risks due to the lack of proper sanitation.”

She expressed her concern that 30 percent of all Kenyans are still in need of improved sanitation, with 13 percent still defecating in public. Kenya loses the equivalent of $330 million every year “due to premature death, health care costs and productivity losses resulting from the lack of access to adequate sanitation,” she continued.

One solution that has been in the works for years is the use of chlorine dispensers, which disinfect water without posing additional health risks.

The U.S. Agency for International Development’s Development Innovation Ventures (DIV) has granted the project $4 million in the hope of aiding four million people by the end of 2014. The DIV could potentially fund the project further as it progresses. The newest design for a public dispenser, created by U.S. based researchers and the Innovations for Poverty Action (IPA), will help five times as many people—many of whom could not afford the individual chlorine bottles previously used. The communal dispensers reduce the cost of chlorine per bottle, and increase public awareness on the issue. Per household usage has jumped anywhere from 36 to 55 percent.

The Kenyan government, along with international donors, has typically focused on practical methods of providing access to water in arid regions, but have lacked the resources to ensure the quality of this water. Many women and children allocate a third of their day to retrieving water from sources several miles away, often with polluted containers.

Overpopulation has further strained the water system, as the annual population growth in Kenya has risen to 2.6 percent. In urban areas, the poor are forced to crowd in slums without clean water or sanitation. Living in such close contact facilitates water-borne diseases among the population.

The chlorine dispenser project comes in the midst of 26 months of drought in Northern Kenya, which has threatened food security. In the majority of the country, 25 percent of children are acutely malnourished, while certain areas have overall malnutrition rates of approximately 20 percent. The World Food Programme designates 15 percent overall malnutrition rates as a critical emergency.

Chlorine dispensers for the safe water project have already received 100 grants, and reached 18 million people as of April. The head of the DIV, Jill Boezwinkle, hopes the program will eventually sustain itself with funds from other sources, but believes in the project, saying, “it’s really, really important to make sure that we are using dollars very responsibly.” 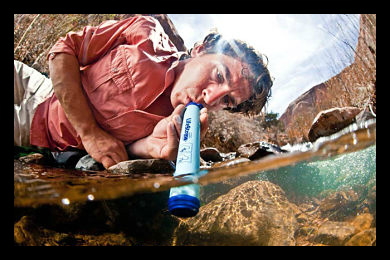 The United Nations estimates that a minimum of 1.5 million children every year die of dehydration and disease caused from a lack of access to clean water. 783 million people around the world lack clean water, which represents 11% of the population. Technological innovations have recently been developed around the world focused on addressing this deadly issue.

One of these innovations, the mWater mobile app uses data to test the cleanliness of water. It tracks all of these measurements online, allowing officials to map areas with clean water and those with the most deadly levels of contamination. All of the information picked up by the app is stored in an online database, which is free and available to the public. Its measurement capabilities also allow users to determine immediately whether or not the water is safe to drink. By increasing access to information and using scientific measurements to track the problem areas of water sanitation, the mWater mobile app decreases the workloads of health organizations and governments looking for solutions to the clean water dilemma.

The Life Straw is also a new technology with great potential for saving the lives of millions. The Vestergaard Frandsen Company of Switzerland developed the Life Straw as a filtration system used to purify up to 700 liters of water, approximately a year’s supply of water for one person. The Life Straw is a pipe structure allows producers to make the product for under 5 USD. The pipe contains carbons to filter out parasites and a resin to kill bacteria. The straw is small enough to be worn around a person’s neck, making it convenient for transporting. Anyone can use the Life Straw simply by placing the tube in water and drinking through it, like a regular straw.

In addition to mobile apps and filter pipes, the Stellenbosch University of South Africa Water Institute’s HOPE Project seeks to improve the availability of clean water to people all over the world. This group has created a water filter known simply as the ‘teabag.’ This filter stands out as a promising solution as it costs less than half of one cent to produce and also withstands multiple uses. One teabag can purify up to one liter of water.

The filter works by using carbon and nano filters to separate out bacteria and pollutants. The South African Bureau of Standards completed testing on the teabag filter and deemed it safe and effective. Stellenbosch University signed a deal with the corporation Aquacare in South Africa to begin manufacturing this helpful new project.

These exciting new developments in the world of water technology ignite hope for many.