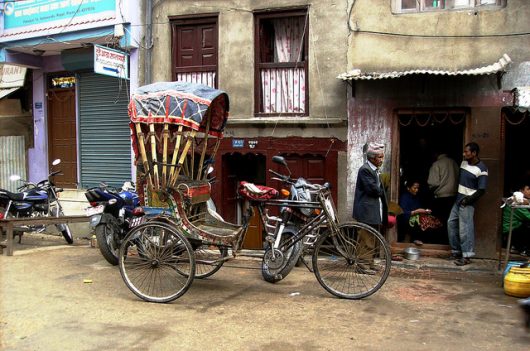 Bicycles were invented more than 200 years ago as a form of transportation to avoid reliance on horses; throughout that long history, bikes have experienced varying levels of global popularity. In Amsterdam today, the pedestrian vehicles outnumber people and the benefits of access to bicycles are numerous for both people and the environment.

Bicycling is both a sustainable and efficient method of transportation. Bikes are easier on existing infrastructure than motor vehicles and can be faster than driving in traffic-heavy cities. They are also emissions-free, which can help decrease pollution levels in cities, leading to reduced harms on the environment and human health. Further, bikes can help reduce poverty as they are less expensive than cars both to purchase and maintain, and serve to increase their owners’ mobility, ability to transport goods and overall physical health.

Increasing access to bicycles is an important step in helping reduce poverty in urban areas. Below are three projects working to do just that, based in the cities that they help.

Portal Bikes located in Kathmandu, Nepal, focuses on building three main types of bikes to help make daily life easier. The organization’s first bike is the Portal Power Take Off (PTO) and allows the bicycle to be used for both transportation and as a power machine.

These bicycles can be useful for increasing the efficiency of tasks such as pumping water or shelling corn, without losing their transport ability. The second two styles of bikes have different “long-tail” models that accommodate different weights of goods and people. The longer style can carry more people and material across the city, but both styles are large enough to hold an entire family on a single bike.

In June 2017, India’s first bike sharing program was launched in the city of Bhopal. This system, based on successful bike sharing programs in European and American cities, has around 500 available bicycles. People can rent bikes from 50 locations across the city after registering and paying for the use of the bicycle on an app.

Reasonable pricing and app registration increases access to bicycles to individuals who would otherwise be unable to pay with a credit card or afford the program; over 25,000 users registered within five months of the program’s launch. The project implementation was overseen by the government of India’s Smart City Mission, a group that hopes to expand bike sharing to 30 more cities across India.

Zambikes creates custom bicycles from Zambia’s abundant bamboo plants. The bamboo is grown locally and is lightweight and durable, making the bicycles a popular alternative to traditional metal frames. The company employs about 40 Zambians to sell these bamboo bicycles globally.

Overall, further increases in access to bicycles across more regions will help make cities more sustainable. The environment, people and even the economy benefits from the increased mobility and decreased emissions of bicycling as a method of transportation.