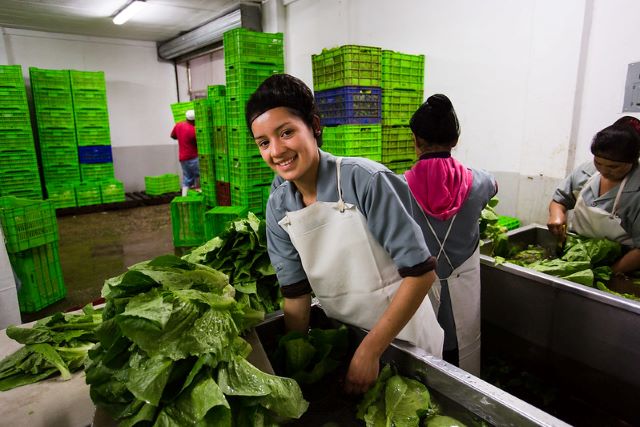 For several years, El Salvador’s farmers have struggled to meet the increased demand of local supermarkets and restaurant chains. Food safety standards have been particularly difficult to meet, especially with a lack of local processing plants. However, these issues are being addressed by Accesso El Salvador’s partnerships with Feed the Future Partnering for Innovation, Super Selectos and Spring Genetics. Together, Accesso and these partner organizations are expanding El Salvador’s markets to improve the quality, quantity and profit of local Salvadoran products.

Each of these partnerships demonstrates the immense impact that can be made through economic collaboration. Simply providing local smallholders with reliable market networks not only meets the demands of local businesses but also dramatically improves the opportunities for Salvadorans to pull themselves out of poverty. And the benefits are not one-sided. Supermarket chains like Super Selectos also profit from local sourcing. Even internationally-acclaimed companies like Spring Genetics, with its ties to the United States and Latin America, can benefit from expanding El Salvador’s markets.