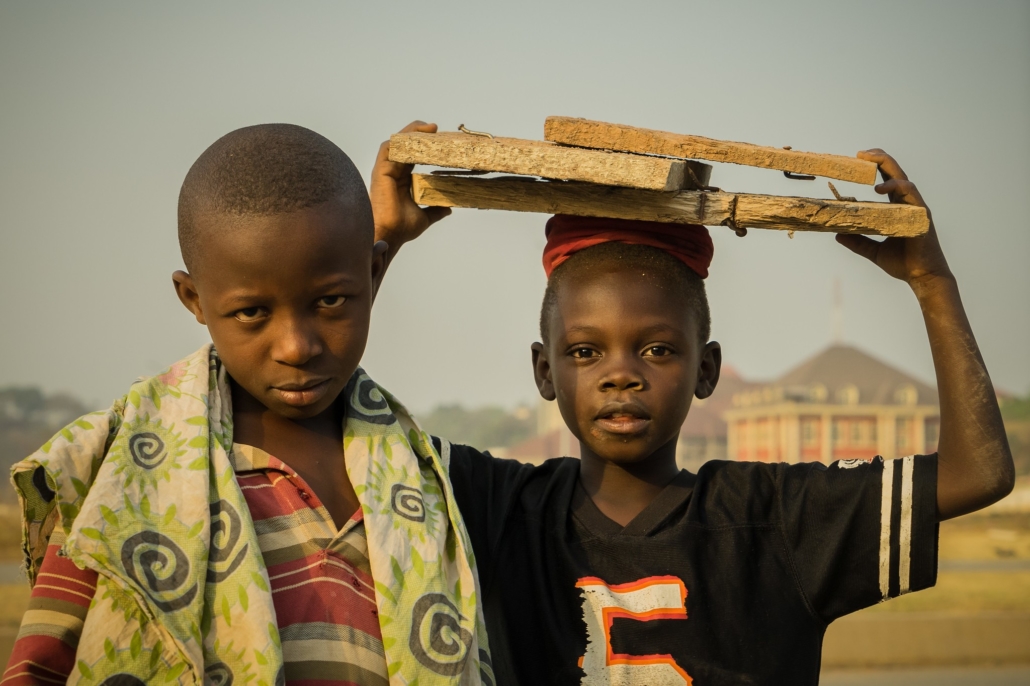 For the past 10 years, Nigeria-native and missionary Abraham Sunday has used his empathy and deep understanding of poverty to help reduce poverty in Nigeria. He has since extended his work to helping people around the continent. Four years ago, he founded End Time Worldwide Missions to spread Christianity. However, he realized the urgency of first meeting basic needs. “You cannot preach to a hungry person,” Sunday said in an interview with The Borgen Project. As a result, he and his team focus on providing things like food, water and shelter for the people they serve. “I know what it means to be poor. I know what it means to be hungry. I know what it means to be homeless,” he said.

Growing up in Nigeria, which is a country with a lot of poverty, Sunday had to drop out of secondary school. The way he grew up allows him to understand precisely what it means to live with nothing. He recalled a time when he turned to his mother and asked, “Why is there no one we can go to for help?” Then, she told him that he needed to be that help for other people.

Coupled with the profound poverty around him, the wisdom and encouragement from his mother are largely why he does what he does. Now, he offers the kind of help he desperately needed when he was younger.

End Time Worldwide Missions began its services in Nigeria. Within the immediate poverty around him, Sunday found an opportunity to do good and help reduce poverty in Nigeria. All of it began with small acts of kindness. For instance, when women came to his door hungry, he fed them. He recalls some widows in his community having nothing. After he gave them what was equivalent to $5, they fell to the ground and wept.

What might seem “small” in the United States is profound in a place like Nigeria, where 40% of the population lives on less than $381.75 each year. While $5 might not seem like much to a U.S. citizen, it can be everything to an impoverished person in Nigeria, or anywhere else in the world, for that matter.

Sunday bought books and taught himself mathematics and science. For years, he has taught at a local school despite not having a degree. When he goes on missions, he spreads knowledge to the children and adults he serves. Now that his organization has grown to about 30 individuals worldwide, Sunday is expanding his horizons. Because of the lack of access to health care in Africa, he wants to study medicine at a U.S. or Canadian university to reduce this issue. This way, he can additionally provide health care to the people in his own community and on missions.

The Organization’s Most Impactful Mission

Nigeria’s neighbor to the left, Benin, is a constitutional presidential republic with a population of 11.8 million people. It relies heavily on trade with Nigeria, which makes up 20% of its GDP. When borders temporarily closed in 2019, Benin’s economy suffered a major blow, likely reversing previous economic success. Poverty remains widespread, with a life expectancy of around 61.2 years old.

In February 2020, End Time Worldwide Missions went into Benin and completed what Sunday feels is its most impactful mission to date. When it got to the destination village, it realized that most of the children did not wear clothes and went around barefoot. Thanks to a U.S. partner that sent used clothes, the Mission distributed more than 1,000 pieces of clothing there. It was also able to provide people with food. Sunday and his organization works to uplift other Africans from poverty and spread the gospel.

A major factor in Nigeria’s poverty is the nation’s reliance on oil, which accounts for 80% of its exports and half of all government revenue. Consequently, when oil prices dropped during COVID-19, the country experienced the deepest recession it’s seen in decades.

Sunday describes the awful experience of living in Nigeria during the worst of COVID-19. The government enforced a lockdown, but many people staying home did not have food. During this time, Sunday did all he could to help neighbors and community members find a way to cope. Though he planned to go on a mission to Ghana, lockdown prevented that from happening. Still, he did what he could in Nigeria, helping his community in a continued effort to uplift other Africans from poverty.

Sunday and his organization seek to help others, even if they have little to give. His profound empathy after having lived in poverty as a child mobilized him to help those suffering.

Abraham Sunday’s work is bringing the world a little bit closer to equity and prosperity. World powers like the United States also have this power vested in them, at a larger but equally significant scale. All acts of goodness are equally significant. If nothing else, Sunday emphasizes that “I want people to see the good in people. You have to learn to see the good.”