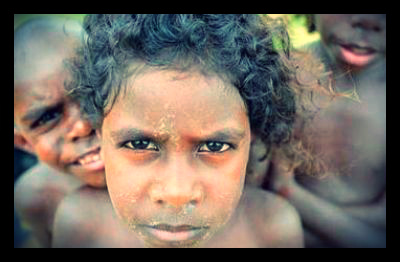 The Aboriginals are classified as an indigenous group native to Australia and already face many issues in the country. A Counterpunch article argues welfare officials have been stealing children from Aboriginal families since the 1970s.

According to the author, John Pilger, the stolen children “were given to institutions as cheap or slave labour.” Though officially banned by the Australian constitution, the act of separating children from their mothers is an assimilation policy similar to the eugenics movement in Nazi Germany.

Pilger said the “secretive” Children’s Court often exploits the indigenous mothers for not being aware of their own constitutional rights.

Moreover, Olga Havnen, once the Co-ordinator-General of Remote Services for the Northern Territory, told Pilger that she was fired when she disclosed that the cost for removing Aborigninal children for political reasons in 2012 exceeded the cost of helping the community fight poverty ($80 million versus $500,000.)

“The primary reasons for removing children are welfare issues directly related to poverty and inequality,” she told Pilger. “If South Africa was doing this, there’d be an international outcry.”

Having their children taken from the state is not the only issue affecting the Aboriginal population. Today, indigenous Australians fall victim to health problems and other human rights abuses as well.

“While some health and socioeconomic indicators are improving for indigenous Australians, they still on average live [10 years to 12 years] less than non-indigenous Australians, have an infant mortality rate almost two times higher, and continue to die at alarmingly high rates from treatable and preventable conditions such as diabetes and respiratory illnesses,” said Human Rights Watch (HRW) in its 2014 World Report.

This is strange for the organization, considering Australia is among the world’s richest nations yet still fails to provide many indigenous people with access to food, water, and healthcare.

Just recently, the Australian parliament passed legislation that recognizes indigenous Australians as the nation’s “first inhabitants of Australia,” said HRW. But as Pilger describes in the Counterpunch article, these constitutional rights mean nothing since the Australian officials systematically abuse the indigenous population.

Support networks in Australia proclaim that the aid given to the indigenous people living in poverty is a “smoke screen” for the bureaucracy’s true intention: to divide and control the natives of the land.

The world community might investigate whether the policies regarding the indigenous population in Australia are indeed discriminatory.