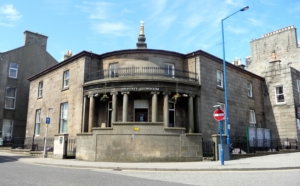 Aberdeenshire sits on the northeast coast of Scotland, with a population of 458,000.  Known for being the home of Marischal College, the city is located approximately 120 miles north of the nation’s capital, Edinburgh. Aberdeenshire is Europe’s oil capital, supplying most of its population with work in the oil and gas sectors. Aberdeenshire is also called Aberdeen, due to its city being part of the historic country. However, Aberdeen holds a different independent council area that is within Aberdeenshire’s council.

In February 2020, the Aberdeenshire council announced that approximately 8,000 children were living in poverty. This rising number directly correlates to the rising number of COVID-19 cases in the city and around the world. Aberdeenshire Council’s communities committee announced the citizens’ universal credit claims have risen to 75% since the pandemic started. This issue is not unfamiliar to this region, as more than 4 million children live in poverty in the United Kingdom alone.

Due to the closing of many businesses, there has also been a reduction in job availability and employment opportunities because of the limited number of vacant positions. Since the beginning of the pandemic, unemployment in Aberdeenshire has increased from 12.9% to 14%. The lack of job opportunities and the number of credit scores rising all contribute to Aberdeenshire’s citizens being unable to afford the increasingly higher costs of living.

Unaffordable living is a leading cause of child poverty. Instability in their housing often causes children to move schools and thus inhibit their continuous education. Children with unstable living conditions are far more likely not to finish their education and therefore have no way to escape poverty. In 2016, an Urban Wire Institution research project found that increasing household stability could reduce child poverty by almost 21%. The Aberdeenshire City Council addressed these numbers in a meeting on February 11th.

During the meeting, the Committee also mentioned that child poverty numbers were much higher in Aberdeenshire than in soundings cities. There are around 1,239 children living in poverty in Kincardine and Mearns since the virus, which is a vast difference from Aberdeenshire. Evidence suggests that these numbers are not getting any smaller. Scotland’s Poverty and Inequality Commission and Children’s Commissioner warned that child poverty rates could potentially “rocket.”

Action by the Council

The vast differences in child poverty encouraged councillors to take action to reduce the Aberdeenshire child poverty problem. On September 8, the council made the first concrete steps to create a child poverty reduction plan. In addition, the elected members decided to focus on the root cause of child poverty to address the problem on a more fundamental level. This plan creates and finds affordable living situations for Aberdeenshire citizens, therefore attempting to solve the issue of childhood instability and in turn promote an education that enables children to escape poverty. The city plans on combatting child poverty by helping its citizens make the most of their income and build people’s capabilities. While this could be difficult due to the ongoing pandemic, Aberdeenshire plans to boost employability and promote better choices for its residents.

Anne Stirling, Aberdeenshire Committee Chairwoman, said she’s happy to finally create programs that will “help people to maximize their income and get the support they require in terms of retraining.”