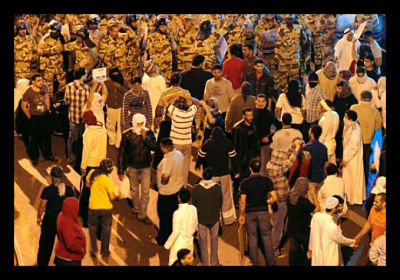 Saudi Arabia is continuing to uphold its notorious reputation for imprisoning human rights activists. On June 17th, the Specialized Criminal Court sentenced Mikhlif al-Shammari to five years in prison with an additional ten-year travel ban for the crime of “sowing discord.” Al-Shammari joins the company of many other Saudi activists who have been punished for speaking out against governmental injustices.

Al-Shammari has been working to improve relations with Saudi Arabia’s Shi’a minority. He spoke out publicly against the government as well as religious leaders, creating contempt amongst the Saudi power hierarchy. He was also held from 2010-2012 for charges of “annoying others.”

Other prominent human rights activists were also sentenced to prison for questionable crimes. Abdulkarim al-Khader was a founder of the Saudi Political and Civil Rights Association, also known as the ACPRA. He was recently sentenced to eight years in prison after his group attempted to campaign for a constitutional monarchy and elections in the country. However, it was reported that he will only serve three years in jail provided once he is released he does not resume his activism.

Other members of the group, Mohammad Fahd al-Qahtani and Abdullah Hamad were each sentenced to ten years in prison for sedition and damaging Saudi Arabia’s reputation. Ironically, the ACPRA has been declared an illegal group for accusing the government of human rights abuses such as torture, jailing political activists, and detaining people without trial or after the expiry of their sentences.

Saudi law is based on the prosecutor’s and judges’ interpretation of Islamic Law. The country lacks any official criminal law. However, international human rights standards guarantee individuals a fair trial and freedom from arbitrary detention. However, neglect of these standards is often commonplace in Saudi Arabia.

The United States has done little to stop the Saudi government from punishing these activists. The U.S. has continued to demonstrate political and military support for Saudi Arabia despite its grim human rights record. The Specialized Criminal Court has received broad criticism, however, this criticism seems unable to move the United States to act against the human rights violations occurring.

The U.S. continues to count Saudi Arabia among its closest allies in the Middle East, and as such, is politically motivated to turn a blind eye to human rights violations. Interestingly, many of the top political and governmental positions in Saudi Arabia are held by the al-Saud family, known as the world’s top oil exporter.