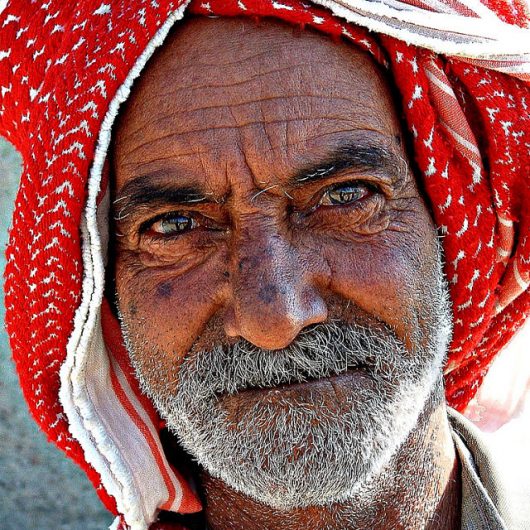 In 2010 the poverty rate in Iraq was on the decline, showing a decrease from 23 percent to 19 percent in 2013, according to Iraq Ministry of Planning spokesperson Abdul Zahra al-Hindawi. However, the current war with the so-called Islamic State (ISIS) has caused a significant number of people to flee from the northern and western parts of the country.

After the war in Iraq, the county was left decimated by poverty. Prior to the Iraq war the percentage of Iraqi people living in slums was approximately 20 percent. At the end of the Iraq war that percentage dramatically rose to 53 percent due to structural damage to many facilities and the mass displacement of civilians.

Following the crippling of its economy and infrastructure, Iraq worked to rebuild and to reduce its poverty rate, which was considered by most to be alarmingly high. However, entering the vacuum created by the withdrawal of U.S. troops emerged another enemy in the war on poverty, the Islamic State. In 2014, the poverty rate of the country resurged to 22.5 percent, almost eclipsing the progress that had previously been made.

After examining the poverty rates in Iraq, it becomes clear there are two main contributors to the rise of poverty in unison with the emergence of ISIS: the need to divert funding to fighting ISIS, an overarching lack of cashflow, and the high poverty rates within ISIS-controlled territory.

With the continued presence and aggression seen from ISIS, the Iraqi government has been forced to divert a significant portion of its funds to anti-ISIS military measures. This has hurt the Iraqi people by diverting funds that could otherwise be invested into state-run aid programs meant to further the fight against poverty.

In a uniquely contrasting situation, 99 percent of government revenue in Iraq is produced by the country’s oil sector. The oil sector only employs around 1 percent of the country’s population, however, leaving the remainder of the Iraqi economy to struggle to fill the remaining gap. Due to the sharp decline in the price of a barrel of oil, the country revenues have sharply declined, most noticeably felt by the construction industry.

Numerous issues that have caused the poverty rates in Iraq to significantly increase. While some of the issues present require prolonged military action to resolve, such as the presence of the Islamic State, others can be and should be a focal point of U.S. foreign aid spending.