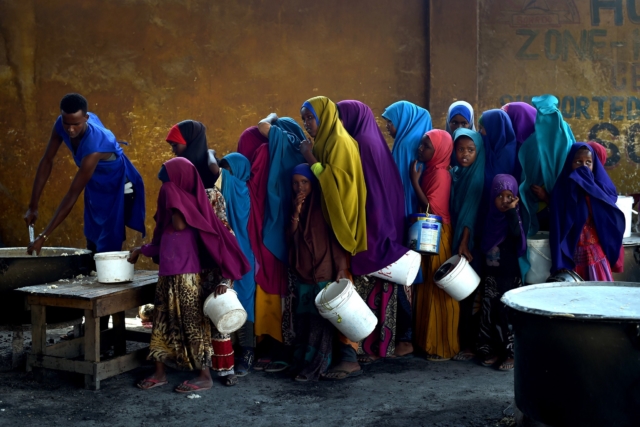 The Somali government recently secured support from the International Monetary Fund (IMF) and World Bank to create a central payments system that will aid in rebuilding Somalia’s economy. Millions of Somalis have suffered for the preceding two decades as a result of insufficient economic infrastructure. The combination of economic distress due to widespread counterfeiting, displacement as a result of climate-related pressures and the ensuing threat of al Shabaab, an al-Qaeda affiliated terrorist organization, has left Somalia decimated. The national payments system in Somalia presents a glimmer of hope in the fight against widespread poverty in Somalia.

A national payments system simply refers to the infrastructure within a specified country or locality that allows for commercial and financial transactions to occur. This includes a network of banks and a messaging and routing system. The system protects the information and transactions of the public, secures their finances and acts as an avenue into the global economy. A national payments system is essential to the efficacy of national economies and their involvement on a global financial scale.

Until recently, Somalia existed without a national payments system. Domestic financial transactions largely used the U.S. dollar given the prevalence of counterfeit currency in the use of Somali shillings and that little to no domestic financial infrastructure was in place. This financial foundation hamstrung the Somali people and economy to the whim of exterior powers that provided such infrastructure in its most rudimentary form. During this period, Somalia has been in civil war, riddled with environmental decay and stifled by the threat of al Shabaab.

All of the aforementioned conditions created an economic situation in which 64% of the population lives in absolute poverty in Somalia. The national payments system presents a monumental step toward economic progress.

With the introduction of a national payments system in Somalia, the Central Bank of Somalia Governor Abdirahman M. Abdullahi stated that “the impact on the economy will be unprecedented. It will boost trade and business… and will enable more financial inclusion in a secure and safe manner.”

The Central Bank of Somalia has also issued its first Visa card and its first mobile phone-centered financial system. During this time, the government has additionally increased its regulation and production of the Somali shilling. All these financial advancements have boosted the IMF’s predictions of Somali economic growth to 2.9% in the next year.

In addition to the progress brought by the national payments system in Somalia, the Somali government has recently passed election and healthcare reform bills to increase equity in their political and social infrastructure.

The National Elections Security Committee, a newly founded governmental body, has begun work on a new initiative to guarantee that at least 30% of the electorate consists of Somali women. The committee has additionally begun numerous programs to protect election integrity and voter privacy.

Support from international bodies ranging from the World Bank to the IMF is essential to the efficacy of domestic progress in Somalia. On the other hand, it is important to note from where the motivation for such changes has arisen.

It was not international groups that began the charge for Somali advancement. Rather, the impetus for this progress came from domestic pressure, not foreign assistance. Through the example that Somalia set, one can easily grasp the potential for self-sufficient humanitarian growth. All the changes are recent and will hopefully be immediately impactful in the global and domestic effort to end poverty in Somalia.