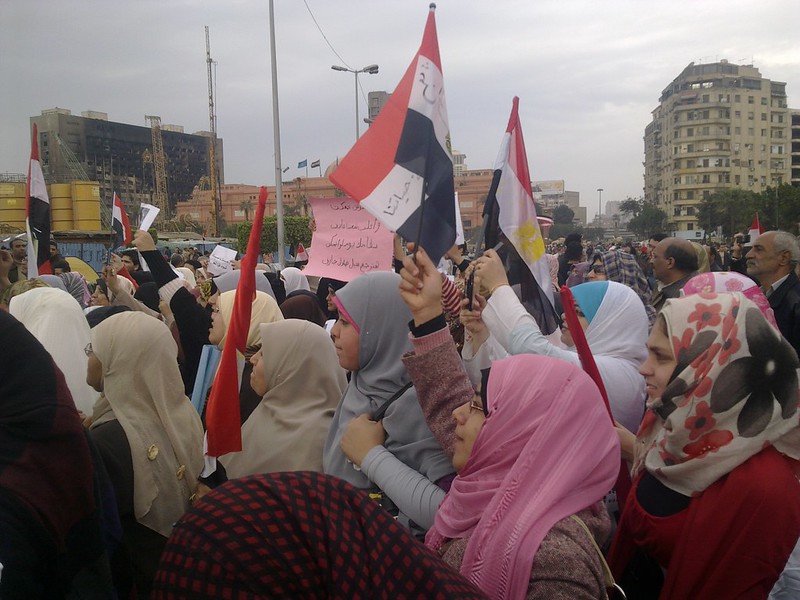 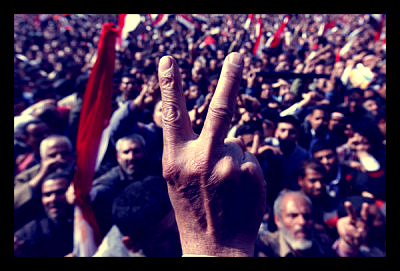 Egypt ended its flirtation with democracy and completed its turn back towards a military-dominated political order this week, as the country’s armed forces chief resigned and announced that he would stand for president. The move by Field Marshall Abdel Fattah el-Sisi, Egypt’s defense minister and military chief, came in the same week that a court sentenced 529 supporters of the Muslim Brotherhood, the recently outlawed Islamist movement, to death in a case that underscored the governments authoritarian nature since the coup that ousted Mohammad Morsi, Egypt’s first democratically president.

Sisi, who spearheaded the coup that toppled Morsi, announced in his resignation as armed forces chief in a nationally televised speech Wednesday, saying that he, “will always be proud of wearing the uniform of defending my country.” Moments later, Sisi announced his presidential bid, characterizing his decision to run for Egypt’s highest offices as, “answering the demand of a wide range of Egyptians who have called on me to run for president, to attain this honor.”

After leaving his post as armed forces commander-in-chief on Wednesday, Sisi tendered his resignation as defense minister during a Thursday cabinet meeting in which General Sedki Sobhi was named as Sisi’s replacement for both the military chief and defense minister posts.

Sisi’s widely expected announcement that he would stand for president in an election he is expected to easily win seemed to complete Egypt’s turn back toward the military-led political order that characterized the six decades of Egyptian governance after King Farouk was toppled in a 1952 coup spearheaded by Mohammad Naguib and Col. Gamal Abdel Nasser.

Nasser would go on to serve as president from 1956 until his death in 1970, only to be replaced by another military man, Anwar el-Sadat. After Sadat was assassinated by radical Islamists in October 1981, Hosni Mubarak, the former commander of the air force, became president, continuing the post-1952 trend of presidents drawn from the armed forces. Mubarak went on to serve as president for close to three decades, ruling until massive demonstrations forced him from power in February 2011.

After 16 months of military rule following Mubarak’s removal, Morsi, an Islamist backed by the Brotherhood, was elected president, becoming Egypt’s first freely elected leader and the only president in the country’s history who did not serve in the military. Morsi, who was a member of the Brotherhood, a Sunni Islamist group, at the time of his election, was also modern Egypt’s first Islamist president.

In the lead up to the July 3 popularly-backed coup that ousted Morsi, severe fuel shortages caused long lines at gas stations across Egypt, enraging motorists, as a sharp decline in the Egyptian Pound led to skyrocketing domestic prices. Meanwhile, Egypt’s foreign exchange reserves, which the country’s central bank uses to prop up the pound, had fallen to about $15 billion, down from $36 billion when Mubarak was toppled.

Massive demonstrations in late June and early July led the military to step in and seize power. Since the July coup, the military has unleashed a brutal crackdown targeting the Brotherhood, which has now been outlawed and designated as a terrorist organization. The Islamist groups’ assets have been seized, while its leaders, including Supreme Guide Mohammed Badie, have been imprisoned.

Egypt’s post-Morsi authoritarian state began to take shape in late November, when the country’s military-backed government promulgated a new law imposing draconian restrictions on demonstrations, including giving the Interior Ministry, an institution known for its aversion to civil liberties, blanket authority to ban, postpone or move protests. And then in January, Egyptian voters overwhelmingly approved a new constitution that grants the military wide-ranging powers, including the authority to appoint the defense minister for the next eight years. The new charter, drafted by a constituent assembly whose composition the military helped to shape, mandates that the defense minister must be an active member of the armed forces and creates a legal framework for trying civilians in military courts.

With the announcement that the country’s now former military chief will run for president in an election that he is likely to easily win, Egypt’s turn towards authoritarianism seems to have transformed into a headfirst leap.