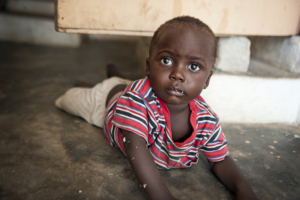 The abandoned baby rate in South Africa is often a touchy subject. Rather than speak about it, most people simply tend to donate their money to those children in need while others support the charities that provide for them. In some cases, a select few people will engage in hands-on volunteering, whether it is volunteering their time or their services to assist these abandoned babies in South Africa.

However, how often do people come across a clothing boutique that does all of the above? Fab’rik is an Atlanta-based franchised boutique that has more than 40 locations nationwide. The boutique has an in-store line, Asher, that strives to give back to abandoned babies in South Africa with the proceeds it makes from each garment sold.

South Africa has approximately 18.5 million children and 4.5 million of those children do not live with their parents. Over the past decade, approximately 5.2 million children in the country were orphaned, showing a 30 percent increase in orphans. About 3,500 children survive abandonment each year according to a study that the Medical Research Council conducted in 2018. The study found that for every child that was alive, at least two were dead. The same research concluded that 65 percent of abandoned children were newborns and 90 percent were under the age of 1.

The abandoned baby rate in South Africa is increasing at an alarming rate. Even more alarming are the places that people are leaving these babies behind. The research found that others have previously underestimated the rate of abandonment because of where the culprits are dumping babies. They are disposing of babies in toilets, landfills, bins, gutters and other places where the probability of others finding them is unlikely. People seldom find the baby bodies that some flush down drains or animals eat.

Why Are Some Abandoning Babies in South Africa?

The rise of the abandoned baby rate in South Africa is in part due to the legalization of abortions. Though abortions are legal in South Africa, there remain many African communities that chastise women who resort to having late abortions or abortions period. In turn, African women who have unwanted pregnancies must undergo unsafe and illegal abortions. Other reasons some abandon these babies are because of poverty, high levels of HIV and social conditions.

What is the African Government Doing to Help?

The South African government has not done much to reduce the abandoned baby rate in South Africa. Abandonment is, unfortunately, not on the government’s radar and it is a problem that has plagued the country for years with no apparent decline. Due to the lack of government-based research, there is no research that the African government has conducted to date to track abandonment rates, just as there are no measures in place to counter it. The government currently does not consider baby abandonment in South Africa a violent crime, nor does it include it in the country’s crime statistics or list it as a cause of death in South African mortuaries. As a result, there is no sure way to tell the accurate number of babies who die from abandonment each year, making it difficult to depict the impact and length that the abandoned baby rate in South Africa extends.

Fab’rik CEO Has the Vision to do Good in Africa

The CEO and founder of Atlanta-based boutique, Fab’rik, seeks to help decrease the abandoned baby rate in South Africa. In 2002, Dana Spinola left her corporate America job to open up her first boutique. Not only is Mrs. Spinola the CEO and founder of clothing boutique Fab’rik, but she is also a philanthropist. In 2011, Spinola launched the Asher collection, a clothing line in her stores. The clothing line has the name of her daughter who Spinola adopted in 2004 at just 6 months old and is from Ethiopia. The boutique owner found the baby abandoned by the roadside which inspired the clothing line. The proceeds from the Asher collection go towards the adoption process of orphaned children in Africa, and for Spinola, it is an affirmation of her belief that clothing does change lives.

On average, mothers abandon a total of hundreds of babies each month. They leave these babies in African hospitals, police stations and even outdoors. The prevalence of abandoned babies in Africa has spiked. However, the Asher clothing line has sought out to be of assistance to them. Asher is a collection of women’s clothing that allows its buyers to look good and do good. The Asher collection fights to face the reality of baby abandonment.

With the Asher Babies Program, the clothing line’s proceeds allow space for a safe, loving home, health care, development therapy and educational opportunities to abandoned and orphaned children in Africa. Every store that sells Asher merchandise has the opportunity to pair with an Asher Baby. That store is then able to write, video message and eventually meet its Asher baby. Each garment that the Asher collection sells goes toward a specific baby to fund their specialized needs and to assist in finding them a forever family and a forever home through adoption.

The Asher Babies program continues to provide for the babies through childhood and into their adolescence. There is a dire need for people like Dana Spinola and the Asher collection, whose primary focus is to help decrease the abandoned baby rate in South Africa and to provide forever homes to the babies that others too often discard and forget.