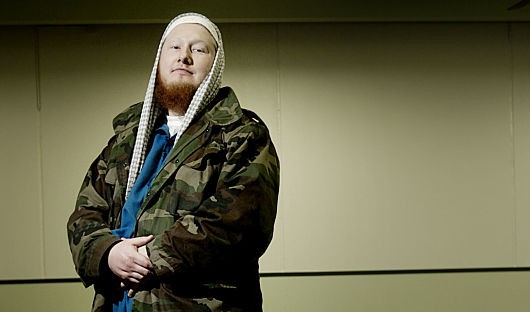 Since the Islamic State in Iraq and Syria (ISIS) took root in 2012, Europe has experienced a strange phenomenon: European-raised citizens leaving to become Jihad fighters in the Middle East. According to the International Centre for the Study of Radicalisation and Political Violence (ICSR), 3,000 European citizens have joined ISIS since 2012, with Belgium, Denmark, and Sweden producing the highest number of citizens per capita to join the Jihadist cause. In response to this, a variety of methods have sprung up in Europe in order to prevent European citizens from leaving to join ISIS, and to deal with fighters once they have returned home.

In many European countries, such as the United Kingdom and Belgium, suspected ISIS recruits and returned Jihad fighters are treated with scorn and sent to court (in February, 46 suspected jihadists went on trial in Belgium). In stark contrast to these approaches, Denmark has pioneered an approach known as the “Aarhus Model,” which works to reintegrate returned fighters into Danish society using a soft-handed approach which treats returned jihadists “more like rebellious teenagers […] than hostile soldiers beyond redemption.”

The Aarhus Model was pioneered in 2007 after the 7/7 London metro bombings produced alarm in Denmark about the threat of the “home-grown terrorist.” The need for a better approach to dealing with poor, immigrant communities also became evident following the backlash produced by the controversial Muhammad cartoons in 2006, which produced unprecedented tension in Danish society between native Danes and Muslims. The Copenhagen shootings this year on February 14 by a 22-year-old Palestinian-born Danish citizen also solidified concerns about the threat of homegrown terrorism in Denmark, and the need for effective methods to counter this threat.

Indeed, Denmark, a country which provides generous welfare entitlements for all of its citizens and residents (including immigrants), has produced the second highest number of Jihadist fighters in Europe, after Belgium. According to ICSR 2015’s Report, 27 per 1 million Danish citizen have gone to fight in Iraq and Syria, while 40 per 1 million Belgium citizen have also joined ISIS.

Many Danish citizens, according to Preben Bertelsen, a professor of psychology at the University of Aarhus, have expressed confusion over why Denmark has produced such a high percentage of Jihadist fighters, expressing sentiments like “Why do they hate Denmark so much when we have given them so many opportunities?” But, according to Jacob Bundsgaard, the mayor of Aarhus, “it is obviously in part because we have failed […] in making sure that these people are well integrated into Danish society.”

Recognizing that the need to join ISIS stems from feelings of exclusion in Danish society, the Aarhus model aims first and foremost at helping radicalized youth to feel included. This includes making sure that immigrant youths—many of whom live in the poorest neighborhoods in Denmark and may feel socially excluded from their other Danish peers—have a vast network of help that they can depend upon. Individual counseling is provided for people who intend to travel to Syria or Iraq, with mentors (many of whom are returned, deradicalized fighters themselves) assigned to specific cases. Parents of at-risk children are also required to take part in self-help groups, in order to produce a network of elders that can disillusion radical youth with the ISIS dream. For returned fighters, (so long as they are found innocent of any war crimes) individuals are also offered counseling and the chance to become mentors for radicalized Danish citizens intending to leave the country to fight.

According to one young man’s testimony of his experience with the Aarhus model, after he had become increasingly radicalized following a family vacation to Mecca, the police contacted his family and had him brought into the station. Instead of punishing him, however, he exclaimed that the police “offered him a cup of coffee” and told him they would be assigning him a mentor who better understood his frustrations than they did. The young man, whose name was Ahmed, was successfully dissuaded from joining ISIS, and has since graduated from a Danish University and gotten married.

In addition to Aarhus, Copenhagen, other Scandinavian countries, and the Netherlands have since either adopted the Aarhus Model, or have adopted models that are largely based on the Aarhus example. Just days after the Copenhagen shootings on February 20, President Barack Obama also held a conference entitled “The White House Summit on Countering Violent Extremism,” in which Bundsgaard, the mayor of Aarhus, was invited to share insight into his city’s innovative approach to fighting terrorism.

While the months since the Copenhagen shootings have produced concern over the supposed success of the model, police commissioner Jørgen Illum, based in Aarhus, has claimed that now, more than ever, it is important to make efforts to include radicalized youths and returned fighters into Danish society. Doing so, according to proponents of the Aarhus Model, is the best way to help prevent immigrant teenagers, who live in the poorest and most marginalized segments of Danish society, from turning to ISIS to give themselves a sense of inclusion, and purpose.

Indeed, by many accounts, the Aarhus Model is not only an innovative approach to tackling jihadism, but a successful one that has produced encouraging downward trends in the number of Danish citizens leaving the country to fight.