Tag Archive for: A New Deal for Africa and by Africa 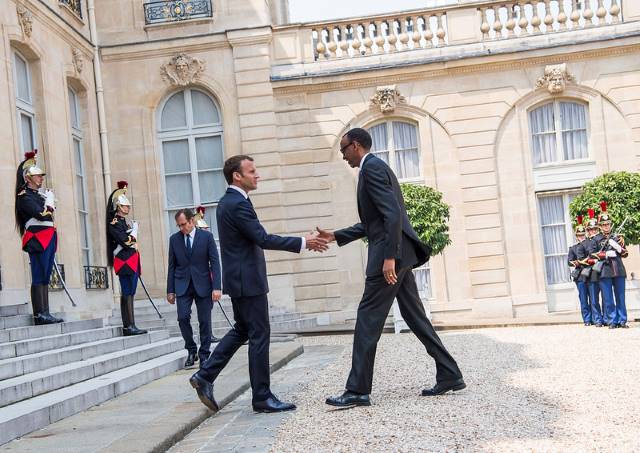 There is a growing international appeal for “A New Deal for Africa and by Africa” in the wake of slow pandemic recovery and a growing debt crisis. French President Emmanuel Macron hosted a Paris-based summit on May 18, 2021, calling for a new way forward for Africa. Joined by African and European leaders, the summit aimed to address the worsening debt crisis across the African continent.

A Call for International Camaraderie

Highlighting recovery from the COVID-19 pandemic as a key issue, Macron urged leaders to foster a sense of international camaraderie. Macron argued that for there to be a steady return to normal, there must be a collective effort to repair the global economy. Additionally, he advocated that countries adopt a new perspective recognizing the interconnectivity of regional economies. In short, Macron stressed that the health and stability of Africa will determine the health and stability of the world.

As the pace of recovery becomes glaringly disproportionate between nations of varying economic status, Macron stressed that it would not only be unethical to leave Africa behind, it would also be to the detriment of the greater international community. Macron explicitly called for a waiving of patents on COVID-19 vaccines to speed up Africa’s recovery.

The International Monetary Fund (IMF) warned that Africa’s debt crisis, now nearing $300 billion, will increasingly burden the continent. This crisis will continually arrest economic development in Africa and African nations will fall further behind other nations.

The pandemic has greatly exacerbated this issue. Slow vaccine distribution and lack of pandemic relief packages have led many African nations to fall further behind in development. If the situation continues, experts warn that up to 39 million Africans could fall into poverty before the year ends. Macron highlighted how an increase in poverty rates among Africans will ultimately threaten both international market growth opportunities and international security.

In 2021, the IMF recognized the sub-Saharan region of Africa to be the slowest growing on the planet in terms of GDP. The IMF voiced concern that the pandemic has undone years of economic construction and development for the region. The organization, comprised of 190 countries, fears that the pandemic’s effects will harm poverty reduction efforts for years to come.

A New Deal for Africa

After defining the severity of Africa’s debt crisis, the summit moved on toward establishing solutions. World leaders at the summit agreed a two-pronged approach toward economic recovery was necessary.

Firstly, the summit agreed that the slow vaccine rollout must be addressed. To do this, patents forbidding African manufacturers from concocting their own supplies of effective vaccines must be lifted. The patents had forced African nations to purchase their doses from the patent holders, such as Pfizer, only deepening the debt crisis. Macron states that he hoped to have 40% of all Africans vaccinated by the end of 2021. Secondly, members of the summit agreed to allocate more than $30 billion worth of relief from the IMF to nations in Africa.

In some areas of Africa, vaccine supply is so low that the World Health Organization recommended prioritizing the first dose only in order to partially vaccinate as many people as possible. As of early May 2021, six nations in Africa still had not received any doses and eight other African nations had already exhausted their supply.

Macron advocated for $100 billion to be allocated to the “New Deal for Africa” and wants wealthier nations to donate their IMF relief to Africa. Some members of the summit pushed for even more. For instance, the prime minister of Italy, Mario Draghi, stressed the need for a total restructuring of the debt system in Africa. The summit paved the way for further discussions to help support Africa.