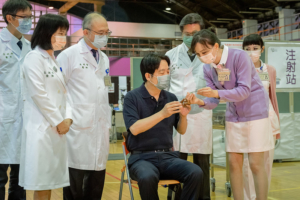 Japan is an affluent country with an industrious workforce and is one of the world’s largest consumer markets. However, with a 15.4% poverty rate, poverty does exist in the East Asian country. In addition to poverty, HIV/AIDS in Japan is a major concern. Specifically, a significant portion of HIV cases still goes undetected until they progress to AIDS. Japan is working with the United Nations Programme on HIV/AIDS (UNAIDS) to rectify that and to improve HIV/AIDS treatments.

Human immunodeficiency virus (HIV) attacks and weakens the body’s immune system by destroying CD4 cells, which leads to a higher risk of contracting other infections, viruses and diseases, such as tuberculosis and specific cancers. In 2021, 38.4 million people around the world were living with HIV, but only 75% had access to treatment therapy. Of those who were tested in 2021, 15% were unaware of having HIV or symptoms. A key problem in Japan is that the number of people unaware of their HIV status is at least double that rate.

Symptoms of HIV may not be noticeable within the first few months and could be mistaken for influenza. However, as the symptoms progress to having possibly swollen lymph nodes, weight loss, diarrhea, fever or cough, people should take a test to determine the diagnosis. HIV spreads through unprotected intercourse, the sharing of needles and blood transfusions, all due to the sharing of specific bodily fluids.

By using protection during intercourse and not sharing needles, people can prevent HIV spread. If infected people take antiretroviral treatment (ART), they can keep their viral load low and prevent transmitting HIV to others. If they do not use ART, their viral load will rise and HIV progresses to (Acquired Immunodeficiency Syndrome) AIDS. People with AIDS have extremely low immunity and are vulnerable to life-threatening infections. Mothers can take ART to prevent mother-to-child transmission through pregnancy, delivery and breastfeeding.

The State of HIV/AIDS in Japan

The number of cases undiagnosed as HIV and diagnosed as AIDS is a key concern for HIV/AIDS in Japan. Annually, about 30% of new cases nationwide are diagnosed through AIDS onset which means that they were not diagnosed as HIV cases before they progressed to AIDS. Further, the discrepancy between the number of rural versus urban cases of HIV that have progressed to AIDS before diagnosis has been a concern. In 2009, the discrepancy in rural areas of the Aichi region was almost double that of the region as a whole.  In Sapporo in the Hokkaido region cases diagnosed as AIDS were 27.3% in urban areas and 87.3% in rural areas where tests are less accessible. These discrepancies led the Ministry of Health, Labour and Welfare to call on local governments to implement more HIV testing programs in rural areas.

In December 2020, UNAIDS launched new HIV/AIDS prevention goals. The 95-95-95 goals aim to ensure that 95% of people living with HIV know their status, 95% of them are on ART and 95% of those on ART to have viral suppression by 2025. Japan is currently working to meet UNAID’s 95-95-95 target. In fact, UNAIDS and Japan’s National Center for Global Health and Medicine (NCGHM) entered into an agreement in 2020 to promote awareness of HIV symptoms and prevention, including a campaign during the 2022 Summer Olympic and Paralympic Games. There is also health insurance and social support in Japan. Third, Japan is testing treatments to find the most effective one. One such drug is Dovato, which is an oral drug available for both adults and children over 12.

While Japan offers doctors and patients a host of the original ART, many of the newer medicines that are available in Western countries and generic ART are not available in Japan at this time. Also, mouth ulcers are one of the first signs of HIV infection, and patients with mouth ulcers have trouble swallowing pills. Pharmaceutical Technology underlined that due to the need to run clinical trials in Japan versus just accepting the results of trials run elsewhere, the Japanese market does not have enough injectable medicines available for these HIV/AIDS patients.

It is clear that there is a need to raise awareness of HIV/AIDS in Japan. Early diagnosis and treatment are key. The government’s work with UNAIDS and its treatment testing campaign should help Japan get on track with the 95-95-95 goal. 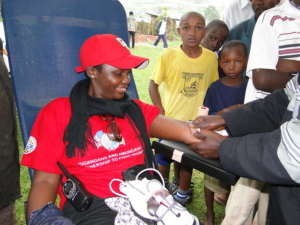 The Joint United Nations Programme on HIV/AIDS set 95-95-95 targets to reduce and control HIV infection by 2030. These include making sure that 95% of people with HIV infection are aware of their HIV status, ensuring that 95% of HIV-positive people receive antiretroviral treatment and calling for viral load testing and suppression among 95% of HIV-positive people. The limited availability of resources during COVID-19 challenges the effort to meet these targets. However, both the CDC and PEPFAR have shown their commitment to ending HIV/AIDS despite countries grappling with the COVID-19 pandemic.

Lockdown restrictions and travel restrictions to battle the COVID-19 pandemic have affected the availability of essential HIV services around the world, making it difficult for PEPFAR to end HIV/AIDS. In the early stages of the COVID-19 pandemic, health professionals dedicated to combatting HIV/AIDS diverted their efforts to the COVID-19 response. Viral load testing platform manufacturers started developing molecular diagnostic capability for COVID-19 using the same equipment that people used for viral load testing for HIV previously. All this decreased the availability of antiretroviral services. It also restricted the ability of healthcare professionals to follow with treatment outcomes associated with viral load testing.

The Impact of COVID-19 on Viral Load Testing

To fulfill the HIV/AIDS targets by 2030, PEPFAR must develop newer strategies that countries can implement during the ongoing COVID-19 pandemic. One innovative approach PEPFAR has adopted includes point-of-care technology for those patients who are in need of expedited testing. These include patients failing the antiretroviral treatment, pregnant and breastfeeding women and children with low rates of viral suppression.

To support the impoverished communities in the sub-Saharan Africa region who the COVID-19 pandemic hit especially hard, PEPFAR has begun to dispense antiretrovirals for several months at once. It also has implemented task shifting and healthcare worker sharing. Third, it has encouraged the use of telemedicine while canceling most of the in-person activities to reduce the transmission risk. Fourth, PEPFAR has allowed flexibility in reporting requirements, funding reallocation and staffing. All these strategies combined have helped PEPFAR to keep on track with its agenda to end HIV/AIDS despite COVID-19.

The COVID-19 pandemic has significantly affected the resource availability required for delivering the services for HIV infection control. However, PEPFAR is continuing to meet targets for 2030 by applying innovative strategies.