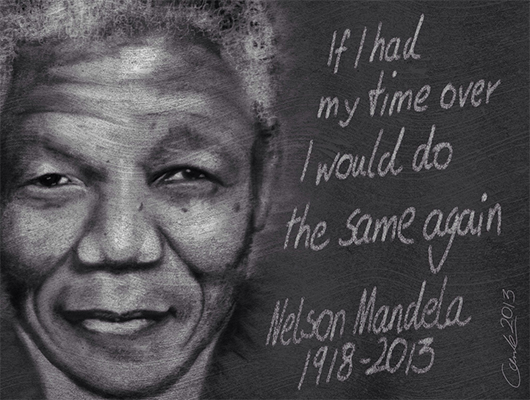 Uber has been making waves in the transportation wave recently, bringing quick access to rides in cities across the globe. There is a new app that is being deemed the Uber for charity called 67 Minutes.

67 Minutes was released on what is Mandela Day in South Africa – July 18, the great leader’s birthday. The app “is dedicated to helping people do at least 67 minutes of charitable work per year.”

The United Nations (UN) made July 18 Mandela Day officially in November of 2009 after Mandela declared, “It is time for new hands to lift the burdens. It is in your hands now,” in a speech on his birthday in 2008. The UN stated that the day was to be commemorated to acknowledge his dedication to service and his values, as well as his contribution to the struggle toward democracy and a culture of peace around the world.

According to the Nelson Mandela Foundation, the day is a celebration aimed “to serve as a global call to action for people to ‘recognize their individual power to make an imprint and help change the world around them for the better.’” The day’s overall purpose is to cement and remember Mandela’s legacy in continued action towards his ideals, instead of statues and museums.

The idea of 67 Minutes is based on the 67 years Mandela spent striving to improve the human rights of all South Africans. Each minute spent volunteering is meant to remember each year Mandela spent striving towards his goal of equal human rights for all. The app’s goal is to connect those that want to do good with charities and other organizations that can help them do just that.

Ninety-one charities and other organizations have registered with the app, including Amnesty International SA, CHOC, Nkosi’s Haven and Blind SA, to name a few.

Charles Burman of MD Digital Publications, the company that developed and published 67 Minutes, explained it this way: “67Minutes has been developed in such a way, that should you have a type of event in mind, a specific budget, or if you’re simply searching for ideas of how you can help based on your location, you can quickly and easily discover them.”

The app is free to download and it is also free for NGOs and charities to advertise themselves on. There is no regulation on what kind of project that charities can post, although it is the preference of Burman that projects be based around people giving their time, services or goods as opposed to monetary contributions.

To participate, simply download the app and start looking for something to do, just as you would download Uber and look for a ride. Individuals can surf the projects on the app by category or location before choosing one by hitting ‘participate.’ All that is needed is the number and information of the people participating.

Time will tell if 67 Minutes is an effective way for charities to help spread Nelson Mandela’s ideals across the globe. As of now, most of the efforts are concentrated in South Africa. With the spread of the app around the world, it could be a true force for good.