Tag Archive for: 6 Facts about Hunger in Austria 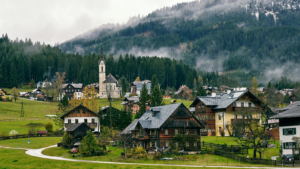 Austria is a European nation inhabiting roughly 8.7 million people. It is famous for being one of the most prosperous economies of the nations in the EU. The nation is highly developed with important industries being food and luxury commodities, mechanical engineering and vehicle manufacturing. The capital of Austria, Vienna, is the country’s most famous city and the most popular tourist attraction. Vienna ranked as one of the top cities in the world for global quality of living. Austria has successfully combatted hunger and continues to do so. Here are six interesting facts about hunger in Austria that explains its success.

6 Facts about Hunger in Austria

It is evident that Austria has done a relatively good job of keeping its citizens fed while trying to help other nations reduce their rates of hunger as well. Austria is a great example of a country that is working to keep its citizens fed and healthy.