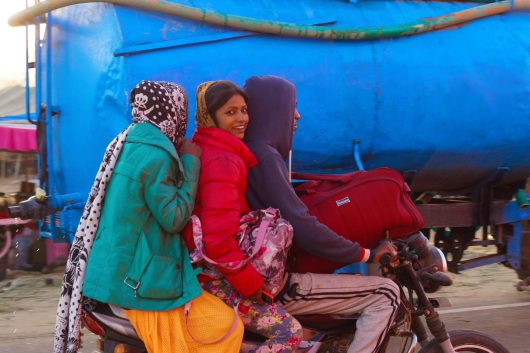 In the world of fundraising, activities such as running and walking have been a staple and are an easy way to get a crowd of supporters to participate. Great examples include The Walk To End Breast Cancer and The Walk To End Alzheimer’s. On June 14 in Phoenix, AZ, there wasn’t a walk, but rather a run. The Global Hunger Relief Run is an annual 5K run through downtown Phoenix. Participants meet at the Phoenix Convention Center at 6 a.m. and are bussed to Steel Indian School Park where the race begins.

The Global Hunger Relief Run is arranged by a coalition of Southern Baptist organizations that include the Woman’s Missionary Union, Guidestone Financial Resources and LifeWay Christian Resources. According to their official website, projects such as the Global Hunger Relief Run combat hunger around the world by participating in disaster relief, addressing chronic hunger and working to eliminate urban food deserts.

The sponsors also provide business services, working in the fields of national and international development and medical and evangelical activities.

The registration website states that 80 percent of funds are used internationally through the work of the International Mission Board and Baptist Global Response. According to the Baptist Press News, The North American Mission Board (NAMB) distributes the other 20 percent with the supervisory help of the Baptist state conventions.

Russell Moore, President of the Ethics & Religious Liberty Commission, stated: “Our partners have put together a first-class event for those who run and for those who simply want to have fun and support the lifesaving work of Global Hunger Relief while we’re together in Phoenix.”

In 2015 alone, more than six million meals were provided through projects supported by the GHR. The 2017 Global Hunger Relief Run hopes to raise even more. To support the visibility of this event, use the hashtag #GHR5K.