Tag Archive for: 5 Most Influential Photographs Children in Poverty 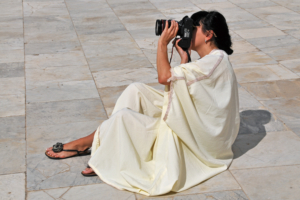 Some of history’s most prominent and influential moments have been documented by a camera. Whether born into a low-income household or displaced by war, millions of children have lived in poverty. Over the years, thousands of photographs regarding child poverty have surfaced, engraving sympathy in millions of hearts and impacting the world. Currently, every 1 in 3 children lives in poverty. Here are 5 of the most influential photographs of children in poverty.

5 Most Influential Photographs of Children in Poverty

Photographs of suffering often ignite passion throughout people, inflicting change amongst society. At present, there are multiple organizations and countries aiding people in need in order for the world not to take any more photographs of agony.