Tag Archive for: 40% of Fiji’s GDP Comes from Tourism 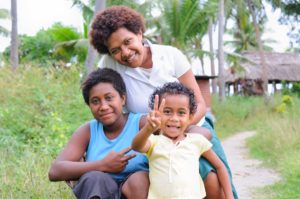 On the beautiful island of Fiji, a staggering 40% of the country’s GDP comes from the tourism industry. Therefore, when COVID-19 hit the island (and the rest of the world), many people found themselves out of a job. However, the local population found a solution. In the middle of a pandemic, Marlene Dutta set up a Facebook page called Barter for Better Fiji to allow for Fijians to procure essential items without causing undue financial stress.

While bartering has always been a part of Fiji’s economy, this Facebook page is notable for its scope. The page has already amassed over 180,000 members as of August 2020. Considering the island has a total population of 900,000 people, that means this 180,000 figure represents 20% of the country’s entire population engaged in this bartering process.

Bartering is becoming more prevalent in Fiji due to the increase in unemployment as a result of the new coronavirus. Almost 5% of the country’s population has lost their job due to the lack of tourism and that is in addition to 28.1% of the country living below the national poverty line. Fijians also suffer from malnourishment and at one point in the early 2000s, 40% of children suffered from childhood hunger.

Much of the poverty in Fiji can be attributed to the political instability in the country, but not all of it. The military coup in 1987 was the start of these conflicts and the turmoil has only increased Fiji’s poverty level. However, politics are not completely to blame because there is also drastic housing inequality; an estimated 140,000 people live in “substandard housing conditions.” All of these factors have contributed to Fiji’s current poverty levels and the pandemic has only made matters worse.

The Barter for Better Fiji Facebook page has many purposes. It helps the people in Fiji deliver essential resources to each other when finances are scarce. It is a form of mutual aid, which is essentially community members helping each other for a mutual benefit. Interestingly, this type of aid has come into the mainstream across the world, during the pandemic. Most importantly, for some people — this aid can be life-saving.

Fijians barter essential resources as well as everyday goods and services. People trade fresh produce for cleaning services or animals for transportation. Some people started bartering for fun and now help their friends and neighbors by donating items for bartering. As a whole, the bartering economy has allowed Fijians to take care of one another and provide for themselves and their families during a pandemic.

The best part about the Facebook group is how it has engaged the community. The founder of the group has been amazed at the good faith and compassion she has seen among the people of Fiji. She posits that it promotes an economy of kindness — one where people take a moment to help out their neighbors, even if they have never before spoken. As Fiji has shown, when life is centered around a caring community, there is a mutual benefit that permeates society.